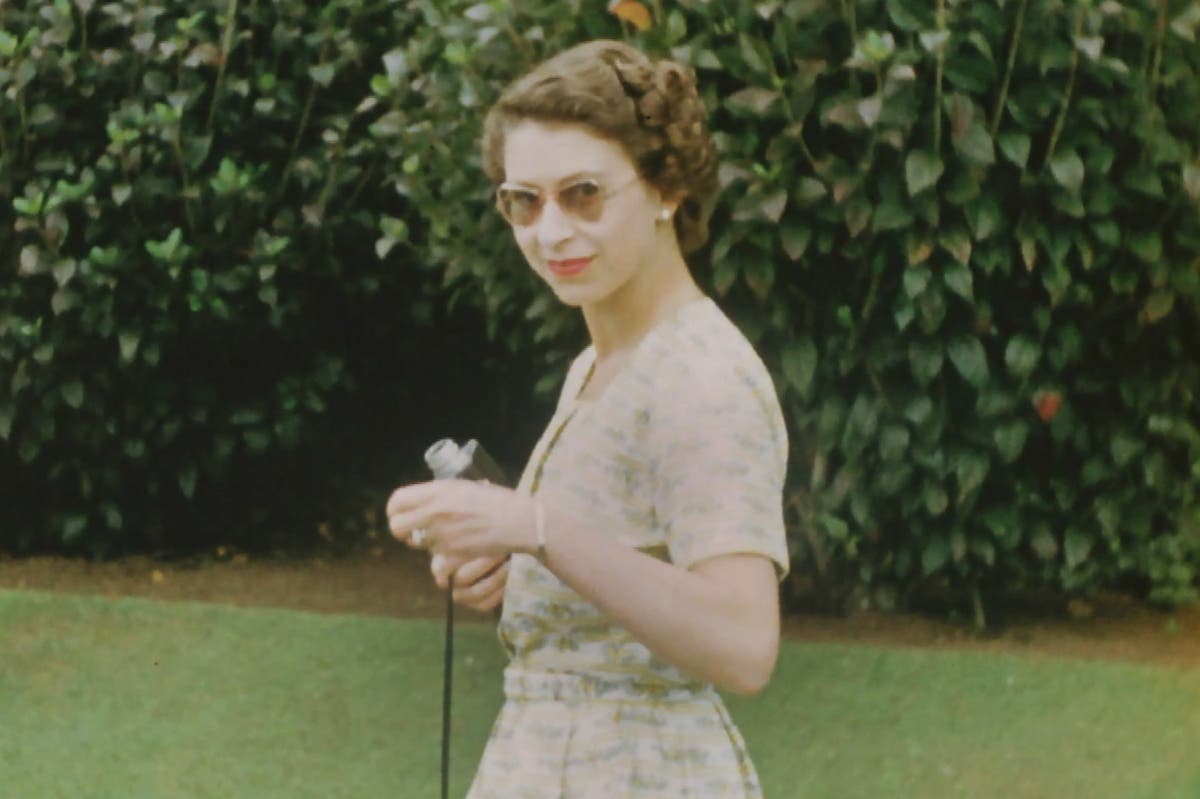 ew photographs of the Queen and Prince Philip relaxing in New Zealand after her coronation have been unearthed for an ITV documentary.

The images, taken on Christmas Day in 1953, are being shown in The Queen Unseen on Thursday which has brought together new footage of the Queen.

In the December following her Coronation, the Queen and the Duke of Edinburgh were midway through a “gruelling” six month long tour of the Commonwealth.

At the pool, the intimate footage shows the Queen relaxing and watching her husband play in the water, as he made several unsuccessful attempts to climb onto a lilo.

The Queen is shown receiving gifts from Father Christmas who arrived in a carriage on the lawns of Government House.

The Queen, it is said, was given a Christmas stocking containing a dog lead and Prince Philip’s present was a Wedgewood ashtray with the Queen’s face on.

The daughter of the Governor General, was 10-years-old at the time Sarah Stephenson recalls how “terribly exciting” it was “to have the whole Royal Party staying in your home”.

Sarah Stephenson said: “The Duke of Edinburgh is trying to get on his lilo and he has to have several attempts. The royal couple knew that we were filming they didn’t seem to mind that we were.”

The Queen, mindful of her public image, didn’t join in, but happily watched from the patio with a video camera in hand.

The Queen is also seen using her own cine camera and has been a keen filmmaker ever since her father, King George VI gave her a box camera before the war.

The first ever colour images were taken of the Queen during a tour in Canada in 1951, when the monarch and her husband took a traditional sleigh ride.

The documentary also highlights the Queen’s 40-year friendship with New Zealand dairy farmer Don Ferguson, with whom she co-owned a herd of Jersey cows after meeting him at an agricultural show in 1975.

The documentary will show a different side to the monarch including her smiling on trips to Communist countries like Yugoslavia.

The Queen Unseen will air on ITV, Thursday April 8, at 9pm.