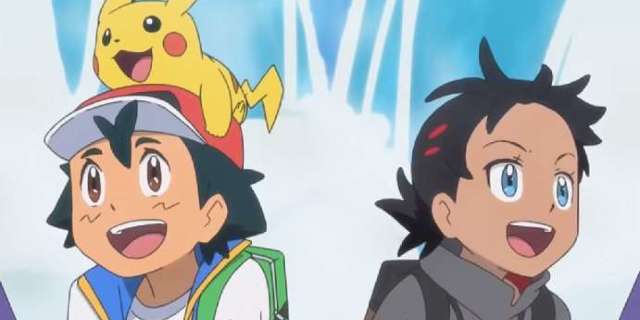 One of the most important questions that has been on the minds of many Poke-fans for the reason that announcement of the upcoming anime, Pokemon: The Series, is whether or not or not these new adventures of Ash Ketchum travelling the world could be an entire reboot or if it could proceed the adventures of Sun and Moon. Now, a nicely positioned nonetheless from a promotional video for the upcoming anime sequence appears to substantiate {that a} reboot is not within the playing cards for Pokemon, displaying Ash’s trophy from his win on the Alola League in addition to an image of his previous victories.

Twitter Channel Anipoke_PR managed to snag this nonetheless picture that does not simply exhibit his trophy from the Alola Region, however the different trophies and medals that Ash Ketchum has gained alongside the best way throughout his journey to turning into the “best there ever was” within the area of Pokemon trainers:

The picture additionally hammers residence Ash’s latest journey in Pokemon: Sun and Moon with a photograph of Royal Mask, who was secretly Professor Kukui, who moonlighted as a coach donning some luchador apparel.

Pokemon: The Series shall be formally making its debut November 17th in Japan, and the primary episode of the brand new sequence is titled “Birth of Pikachu.” The synopsis for it reads as such, “In a forest someplace in Kanto, there as soon as was a lonely Pichu. This Pichu – who was nonetheless fairly younger – had a sure encounter and farewell. This occurred shortly earlier than Ash and his companion Pikachu began travelling collectively. This is the start of the anime ‘Pocket Monster.’”