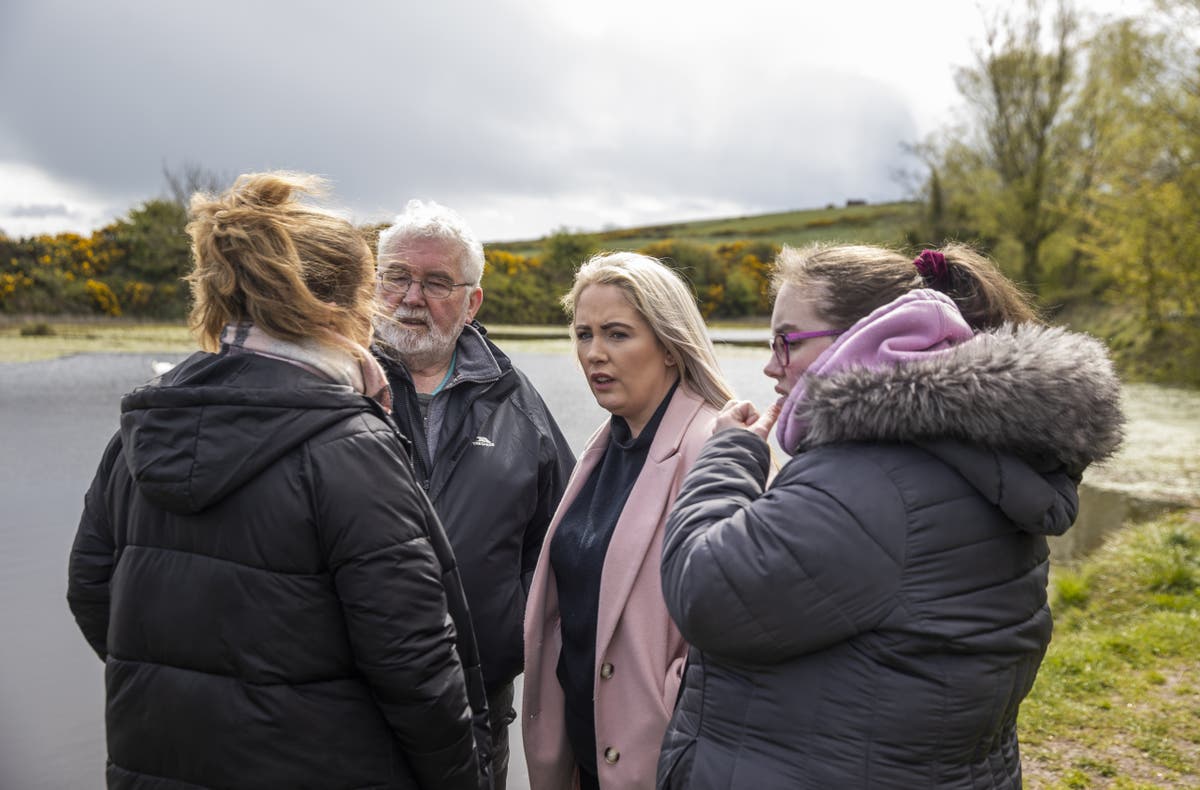 ew searches are under way for missing Co Down woman Lisa Dorrian.

Her father John and sisters Joanne, Michelle and Ciara visited the search site at the Clay Pits in Ballyhalbert on Tuesday morning.

Divers are conducting fingertip searches at a number of small lakes in the area.

It is close to where Ms Dorrian was last seen alive at a party at a caravan park on February 27 2005.

Detective Superintendent Jason Murphy, who is leading the investigation, said it was the “start of a new phase of searches for Lisa”.

He said it remains his belief that the answers to Ms Dorrian’s disappearance remain local to Ballyhalbert.

“Over the last 16 years we have conducted more than 400 searches but the resolve to find Lisa or anything linked to her disappearance remains as strong today as it ever has been,” he said.

“While we want to recover Lisa’s body and allow the Dorrian family to finally lay Lisa to rest we remain determined to bring those who killed her to justice and are also looking for evidence relating to her disappearance.

“We continue to review parts of the original investigation and previous searches in the area.

“These searches are an extension of us adopting new thinking around the circumstances of Lisa’s murder.

“While this area was previously considered and work conducted to examine it, our investigative thinking and knowledge has developed over time.

“It is important to the police service and Lisa’s family that we have clarity, and with the development of search techniques and technology, I intend to gain reassurance that the examination of the lakes has been conducted to the necessary extent and to modern day standards.

“I have previously stated that I do not believe that Lisa’s murder was pre-planned and I am of the view that the deposition of her body was equally unplanned.

“I have repeatedly said that I believe the answers to her murder remain local to Ballyhalbert and I remain convinced that a small number of people hold the key to Lisa’s disappearance.

“I continue to appeal for those with direct knowledge of Lisa’s whereabouts to find a way to get that information to me, anonymously or via a third party if necessary.

“Anyone with information should call detectives on 101.

“Or, if someone would prefer to provide information without giving their details, they can contact the independent charity Crimestoppers and speak to them anonymously on 0800 555 111.”