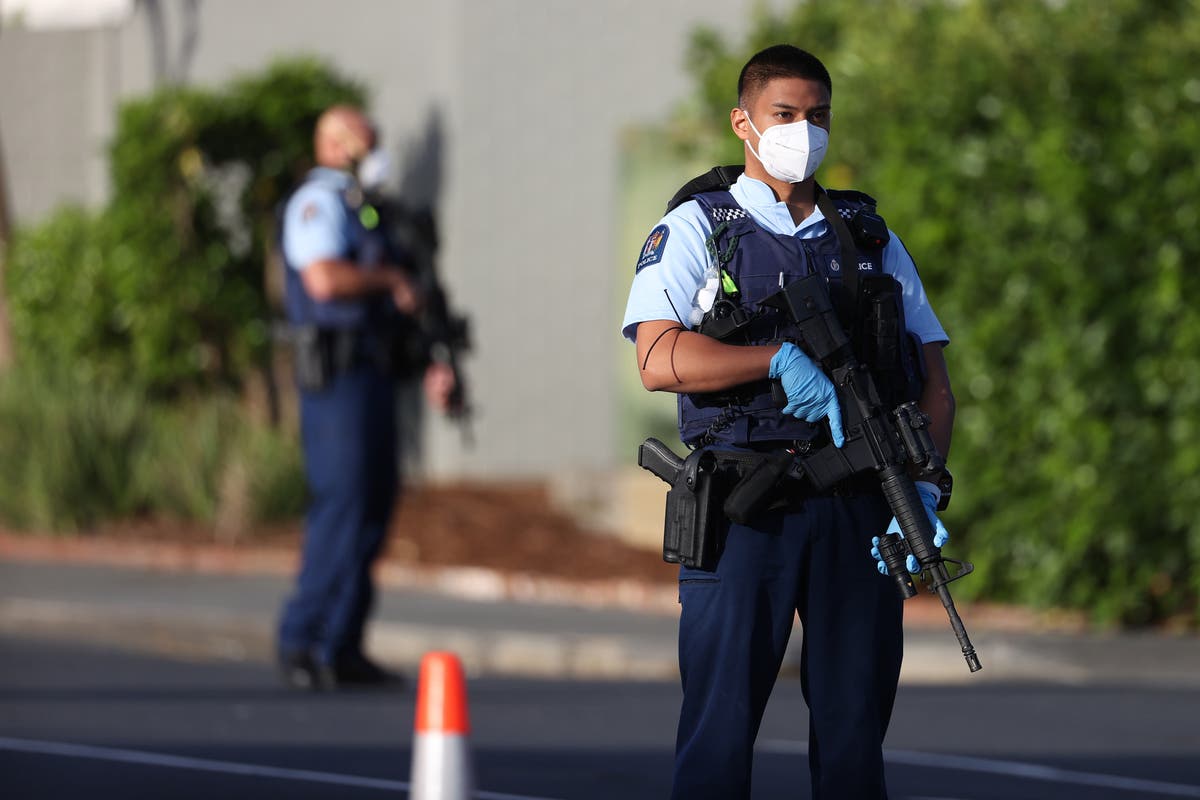 violent extremist was shot and killed in New Zealand after he stabbed six shoppers in a supermarket on Friday, police said.

The knifeman was a Sri Lankan national who was well known to security agencies and being monitored around the clock, she said.

He was inspired by the Islamic State terrorist group and was not allowed to be kept in prison, she added.

Armed police were seen patrolling the area around Countdown LynnMall after the mass stabbing in West Auckland which left six people injured.

The city is in a strict lockdown as it battles an outbreak of the coronavirus.

Most businesses are shut and people are generally allowed to leave their homes only to buy groceries, for medical needs, or to exercise.