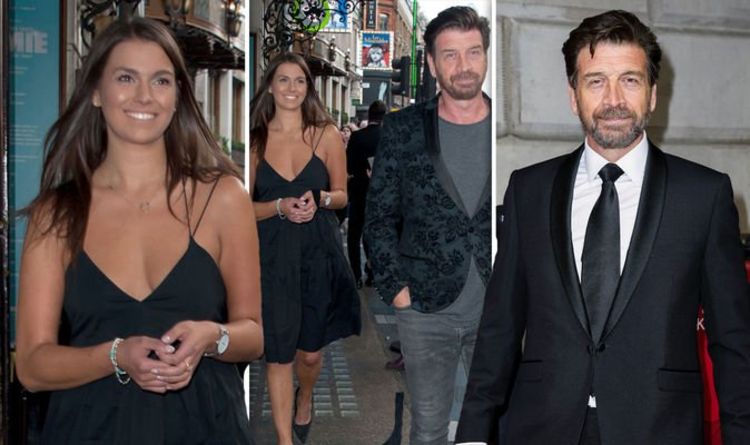 According to The Sun, an onlooker said the pair enjoyed some “tender moments” during the show Everybody’s Talking About Jamie.

“They arrived pretty incognito but were definitely on a date inside,” an onlooker said.

“She was cosying up to him during the show and they shared a couple of tender moments during the emotional parts.”

The onlooker went on to say the pair were “into each other” but didn’t look like they were in a “serious relationship”.

A source close to Nick reportedly said the presenter is “keen to see where things go” with Emily.

The duo are believed to have met on Twitter when Emily approached him about a work project.

Express.co.uk has contacted a representative for Nick for comment.

Earlier this month, Nick Knowles was spotted with a mystery blonde female outside a hotel during the early hours of the morning.

In pictures obtained by The Sun, Nick and his companion were pictured standing outside a London hotel before they were let in by night staff.

Nick was seen having a chat with the female as she smoked a cigarette.

The former I’m A Celebrity…Get Me Out Of Here! contestant was later seen engrossed in his phone, appearing distracted by something on his screen.

The presenter was then snapped holding the reception door open for his companion as they made their way into the hotel.

Nick’s companion flashed the flesh in a plunging and backless black and white dress.

The television star opted for a blue shirt emblazoned with flowers accompanied with jeans.

Twice-married Nick split from his second wife Jessica in December 2016 after four years together.

In a rare admission about their marriage, Nick previously told Hello! Magazine: “We’ve tried several times to get back together, but no matter how much you love someone, if you’ve burned some bridges, it’s very difficult to rebuild them.

“I’m at a stage now where, if Jess found somebody who looked after her and made her happy, I’d be happy for her.”

Nick tied the knot with his first wife Gillian in 1995 before the pair divorced five years later.

The former couple share daughter Tuesday, 26, and son Charlie, 25, together.