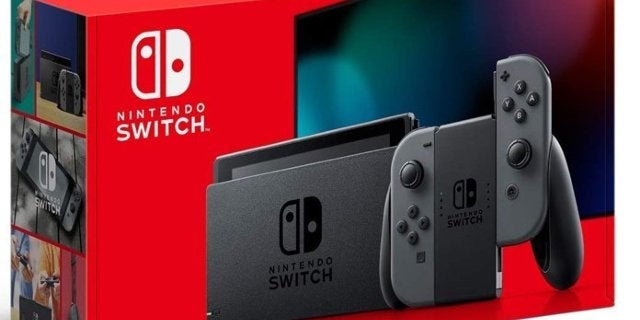 Reports began circling around the Internet last week that referred to an exchange program of sorts that Nintendo would be offering Switch owners. Essentially, it was noted that Nintendo would allow certain Switch owners to trade in their current console for the upgraded one that comes with a longer lasting battery. This may have seemed too good to be true for some Nintendo fans, and that is because it was. Despite their customer service department saying it was true, Nintendo of America recently confirmed that no such exchange program exists.

In a statement to USgamer following the recent reports, Nintendo of America said, “We do not have a Nintendo Switch exchange program. We always want players to enjoy their Nintendo Switch systems, and if anything ever gets in the way of that, we encourage them to visit http://support.nintendo.com for support, or to contact our consumer support team.”

The initial reports stemmed from Reddit users posting that they were told they could exchange their Nintendo Switch consoles for the newer model. They were told this by Nintendo support representatives, who also confirmed as much to other media outlets. However, now that Nintendo of America has confirmed that the program does not actually exist, it will be interesting to see if they honor what support representatives have already said, or if they are just going to squash it altogether.

According to the previous reports, Nintendo Switch owners will have needed to have purchased their consoles after July 17th, which is when they revealed the new model with a longer lasting battery. Unfortunately, that is no longer the case and apparently hasn’t been from the start.

In any case, the new model is the same as the original Nintendo Switch, but with a longer lasting battery. For those wondering, the new model’s battery can last from 4.5 to 9 hours before needing a charge, while the original model comes in at 2.5 to 6.5 hours. For a bit of a comparison, the upcoming Lite version of the device, which is set to arrive on September 20th, contains a battery that lasts between 3 and 7 hours.

What do you think about all of this? Should Nintendo honor what their support representatives said about a Nintendo Switch exchange program? Sound off in the comment section below, or feel free to hit me up over on Twitter @anarkE7!