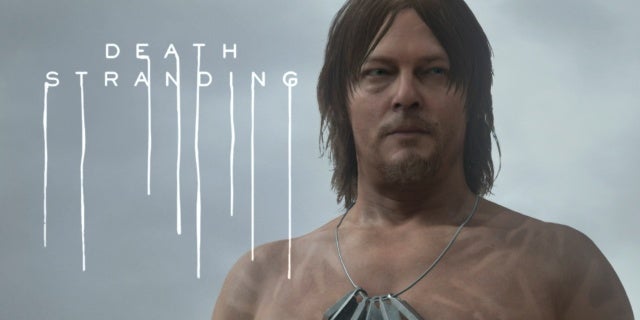 For those who may not have paid close attention to the opening presentation of this year’s Gamescom in Cologne, Germany, the gaming world was seemingly rocked by the reveal of peeing mechanics in Death Stranding. We all know that Hideo Kojima places a few things in his video games that might not be widely featured elsewhere, but they usually play into what makes his titles memorable. That said, players of the upcoming title will be stepping into a role played by Norman Reedus, which means it will be Reedus’ character performing the urination. However, Kojima confirmed that players will not see Reedus’ penis in the game, and the actor seems thankful for that.

After the peeing mechanics were revealed in the Death Stranding gameplay, Kojima explained how players won’t be able to see Reedus’ penis no matter how hard they try. “About the urine part, I have to say. It’s late enough to discuss about that, right?” Kojima started. “If you try to move the camera and try to see what he’s doing, Sam will move away so you’ll never see, actually, what he’s doing.” Taking to Instagram, the main character himself seemed pretty pleased by this information.

If we all thought Death Stranding was going to be a wild ride before, today’s gameplay reveal only confirmed that we still don’t know exactly how wild that ride is going to be. Either way, here’s more on what to expect when Death Stranding drops later this year:

Death Stranding is set to arrive on November 8th for PlayStation 4 and PlayStation 4 Pro. For even more details on the intriguing game from Kojima Productions, check out some of our previous coverage.

What do you think about all of this? Are you also glad that we won’t be seeing Norman Reedus’ penis in Death Stranding? Sound off in the comment section below, or feel free to hit me up over on Twitter @anarkE7!