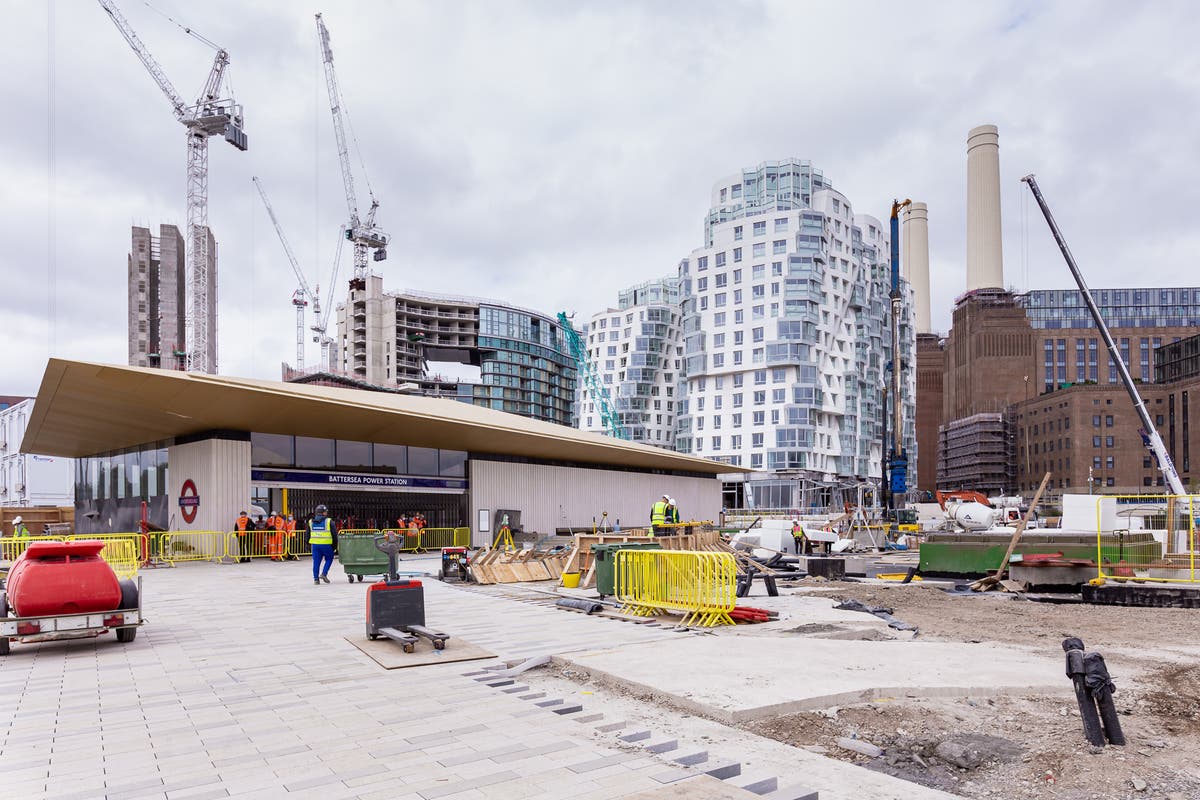 he first extension of the Tube this century will open in a fortnight, Transport for London confirmed on Friday.

The £1.2bn project includes two new stations – Battersea Power Station and Nine Elms – and brings a vibrant new cultural and residential quarter within 15 minutes of the West End and the City.

Mayor Sadiq Khan said: “After an incredible effort from the huge number of people who worked on this project, it’s fantastic that we are now on the final countdown to the Northern Line Extension opening later this month.

“The two new stations at Nine Elms and Battersea Power Station are the first new stations on the Northern line for 80 years.

“They will hugely improve connectivity [with] the rest of London, and play a major part in the capital’s recovery from the pandemic by supporting thousands of new jobs, homes and businesses.”

Part of the Battersea riverside redevelopment, known as Circus West Village, is already home to more than 1,500 people and a range of shops and restaurants.

Visitors will be able to take a lift to the top of one of the four iconic chimneys, which is being turned into a 360-degree panoramic viewing platform.

The two new Tube stations will both be in zone one. Trains will run via Charing Cross. Passengers wanting the Bank branch of the Northern line will have to change at Kennington.

There will initially be five trains an hour, increasing to six at peak times. This will double next year to 10 and 12 trains an hour. There will also be an increase in service levels on the Morden branch for the busiest hour in the morning.

The 1.8-mile twin tunnel extension is the first on the Underground since the Jubilee line extension opened in 1999.

It was given the go-ahead in 2015 by then mayor Boris Johnson and was originally meant to open in December 2020, but was delayed after the specifications for the station at Battersea Power Station changed.

However TfL was able to keep to the revised schedule despite the slowdown caused by the pandemic.

Stuart Harvey, director of major projects at TfL, said: “It’s going to be a fantastic moment when this thriving south London neighbourhood makes it onto the Tube map for the first time.”

A major new permanent artwork by London-based Brazilian artist Alexandre da Cunha is being installed at Battersea Power Station station, as part of the Art on the Underground initiative. The piece, titled Sunset, Sunrise, Sunset, is almost 100m long.

It is likely to be the only expansion of the Tube for at least a decade as the Bakerloo line extension has been shelved until 2030 at the earliest due to TfL’s funding problems.

The £700m upgrade of Bank station is due to be completed by September or October next year. The Northern line’s Bank branch will be closed for 17 weeks from January 15 until mid-May next year between Kennington and Moorgate to enable a new platform and entrance to be integrated with the existing station.