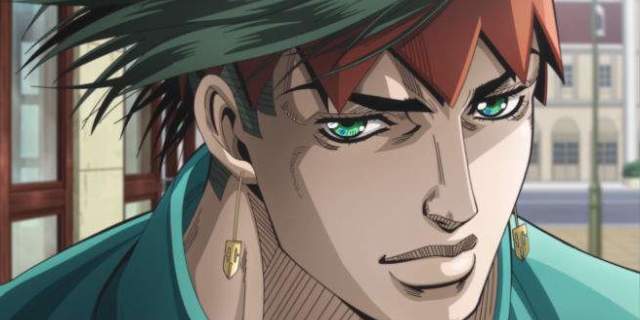 Hirohiko Araki’s JoJo’s Bizarre Adventure is full of some of the most stylish characters in all of anime and manga, and their unique clothing is often sought after by fans or even brought to life through crafted cosplay. But now fans will have an additional way to replicate Rohan Kishibe’s iconic look from the fourth iteration of the series, Diamond is Unbreakable, with a pair of stylish new earrings matching his exactly.

Premium Bandai has announced they will be releasing a set of earrings modeled after Rohan’s G-Pen earrings in the official series. But these get a little more stylish flair with shiny Swarovski crystals embedded in them.

These special G-Pen earring replicas not only come studded with Swarovski crystals, but they also go the extra mile with one earring being engraved with Rohan’s signature, and the other the letter “G.” This will be the second wave of releases for these earrings through Premium Bandai with bold gold and silver variants. These will run interested fans $130 USD, too.

The G-Pen earring re-release is in celebration of the upcoming additions to the Thus Spoke Kishibe Rohan anime specials. Debuting in Japan later this year, the popular spin-off OVAs will be getting two brand new special episodes that further flesh out Rohan’s adventures outside of the events of the original Diamond is Unbreakable series. The special episodes proved to be so popular that another two entries are being produced. There’s currently no word as of this writing on a release for these new OVA episodes outside of Japan, unfortunately.

JoJo’s Bizarre Adventure was originally created by Hirohiko Araki for Shueisha’s Weekly Shonen Jump in 1987, and is one of the longest running series in the magazine overall. It follows the story of the Joestar family, who are each destined to take down various supernatural enemies. The series has been split up into eight parts, with each part following a different generation of the Joestar family. The series has sold over 100 million copies, and has been licensed for an English language release by Viz Media. The series has spawned multiple anime, video games, toys, and even jewelry. The series currently has an anime adaptation that initially began in 2012, and now has run for over 100 episodes spanning the first five major arcs of the series.