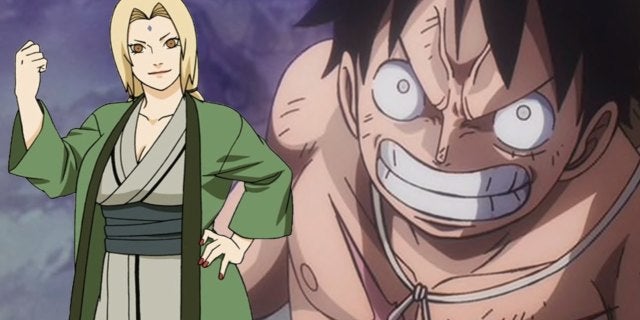 One Piece is having the time of its life nowadays. With the anime’s latest film dominating the box office overseas, fans are eager to see what else the TV series has to offer them. Right now, the show is set to dive deeper into the Wano Country arc, and some new artwork has fans more excited for the story than ever.

After all, ninjas are about to take over One Piece, and a new design reveals how Shinobu will look on the small screen.

Thanks to Twitter use Artur, fans can get a look at how Wano’s loveliest ninja will look. As you can see below, the heroine has been penned officially in color, and fans admit they did not expect one part of the heroine.

Shinobu’s short stature is brought to life easily in this artwork, and it is made all the more obvious by her light pink outfit. With a frilly hood on her head, Shinobu is made up big with some bright blush and lipstick. Her hair is then pulled back into pigtails, but fans admit they’re surprised by her hair. Many expected the heroine to have blonde hair as a homage to Tsunade from Naruto given their matching pigtails, but that is not the case. Shinobu is her own woman, and she plans to rock brunette hair no matter what fans might ask for.

For those who have not read the manga, they can expect to meet to Shinobu soon. The heroine marks a major debut in One Piece as she brings the art of ninjutsu to Wano, but do not expect the heroine to be a Leaf Village knock off. There is more to Shinobu than meets the eye, so anime-only fans have lots to look forward to with her.

So, do you approve of this heroine’s anime design? Let me know in the comments or hit me up on Twitter @MeganPetersCB to talk all things comics and anime!