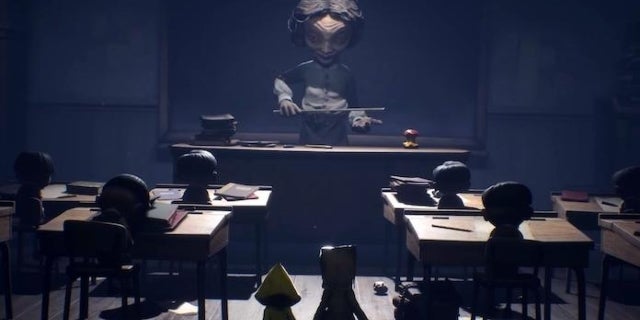 French independent developer Tarsier Studios and publisher Bandai Namco have announced Little Nightmares II, a sequel to 2017’s critically-acclaimed Little Nightmares that’s coming to PS4, Xbox One, PC, and Nintendo Switch. At the moment of publishing, there’s been no word of a release date or even a release window, but a debut trailer has been released to accompany the news, and, as you can see, the sequel looks every bit as unnerving and atmospheric as its predecessor, one of the best games of 2017 and one of the best horror titles of this generation.

Little Nightmares II is pitched as a suspense-adventure game where you play as Mono, a young boy trapped in a world that has been distorted by the humming transmission of a distant tower. With Six, the protagonist of the first game, as his guide, Mono sets out to discover the dark secrets of The Signal tower and save Six from her terrible fate.

If you know me, you’ll know I absolutely adore Little Nightmares, which I truly think is perhaps the most under appreciated game of the past couple of years. Don’t get me wrong, it has its fans, a cult-like base actually, but that base should be much, much bigger.

Little Nightmares II is in development for PS4, Xbox One, PC, and Nintendo Switch. Below, you can read more about the game, courtesy of an official rundown of its key features: