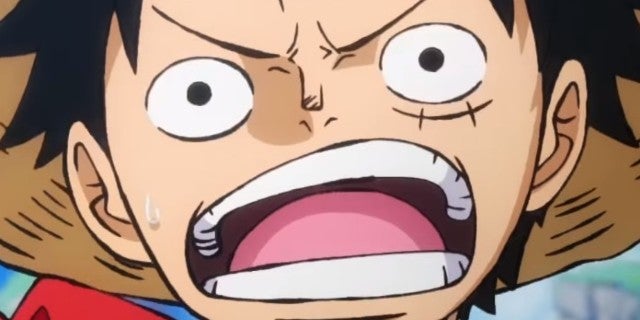 One Piece‘s 20th Anniversary, One Piece: Stampede has been running roughshod in theaters ever since it made its official debut in Japan earlier this month. With a strong opening box office marking the largest debut in Japan so far this year, the film has continued to pick up steam along with its great reviews from audiences. Outpacing One Piece Film: Gold with its run in theaters, the film has already crossed another major milestone in Japan.

According to reports from Mainchi Shimbun’s Mantan Web (via Anime News Network), One Piece: Stampede has earned over 3.09 billion yen (about $28.7 million USD) as of Saturday, August 17th, nine days after its initial release.

This makes One Piece: Stampede the fastest film to reach the 3 billion yen mark in all of Toei’s distributed films. Mayumi Tanaka, who provides the voice of Luffy, broke the news to fans during a special screening of the film in Japan. She also announced that Toei is planning to add special cheering sections for the film’s screenings toward the end of the month.

These special screenings will encourage fans to cheer during their favorite scenes in the film, and this will definitely be a good incentive for fans to revisit the film even if they’ve seen it already. One Piece: Stampede is now out in to theaters in Japan as of August 9th. There is currently no word on its release in the United States as of this writing, unfortunately, but licensing announcements for the film in other territories have been revealed. So it might not be too long before United States fans get an announcement too!

Fuji TV officially describes the film as such, “The world’s greatest exposition of the pirates, by the pirates, for the pirates – the Pirates Festival. Luffy and the rest of the Straw Hat Crew receive an invitation from its host Buena Festa who is known as the Master of Festivities. They arrive to find a venue packed with glamorous pavilions and many pirates including the ones from the Worst Generation. The place is electric.”

There are new characters coming to the film along with all the returning fan-favorites too, and include Tsutomu Isobe as the central villain Douglas Bullet, Yusuke Santamaria as Buena Festa, Rino Sashihara as Ann, Ryota Yamasato as Donald Moderate, and Chinese fashion model and singer Ron Monroe, YouTuber group Fischer’s, and Naoto Takenaka in currently unconfirmed roles.