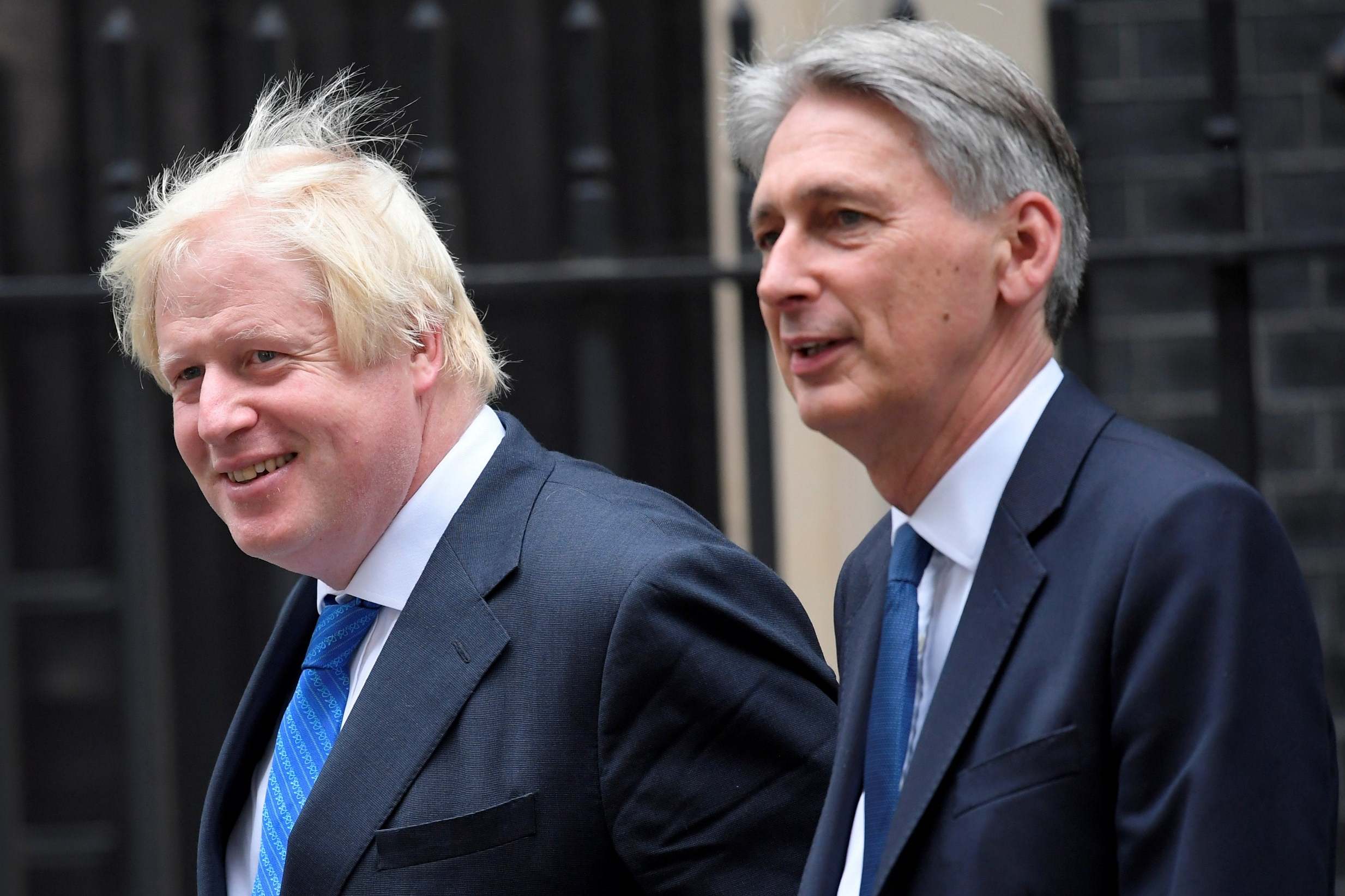 Philip Hammond has denied being the source of a leak of the Government’s secret no-deal Brexit planning details after Boris Johnson blamed it on a “former minister”.

Mr Johnson has accused a group of Remain-supporting ex-ministers, led by Mr Hammond, of attempting to undermine his bid to negotiate a new deal with the EU with the release of the dossier, known as Operation Yellowhammer.

The publication of the document in yesterday’s Sunday Times comes ahead of Mr Johnson’s first abroad trip as Prime Minister, when he will visit Berlin and Paris to meet Angela Merkel and Emmanuel Macron.

Number 10 has attempted to downplay the dossier, claiming it was “deliberately leaked by a former minister in an attempt to influence discussions with EU leaders”. The source added: “Those obstructing preparation are no longer in Government.”

But the former chancellor denied he or his allies, including former justice secretary David Gauke, had anything to do with the leak.

A spokesman for Mr Hammond told The Daily Telegraph: “It was absolutely not him.”

The documents warn that Britain will be hit with a three-month “meltdown” at its ports, a hard Irish border and shortages of food and medicine if the UK leaves without an agreement.

According to the documents, petrol import tariffs would “inadvertently” lead to the closure of two oil refineries, while protests across the UK could “require significant amounts of police resources” in a no-deal scenario.

They also warn that Gibraltar could face delays of up to four hours at the border with Spain for “at least a few months”.


A senior Whitehall source told the paper: “This is not Project Fear, this is the most realistic assessment of what the public face with no deal. These are likely, basic, reasonable scenarios – not the worst case.”

However, Mr Johnson’s team said the plans were drawn up by Theresa May’s government and the leak was purposefully timed to interfere with his discussions with EU leaders.

A Number 10 source added: “This document is from when ministers were blocking what needed to be done to get ready to leave and the funds were not available.

“Those obstructing preparation are no longer in Government, £2 billion of extra funding (has been) already made available, and Whitehall has been stood up to actually do the work through the daily ministerial meetings.

“The entire posture of Government has changed.”

Former Tory Minister Alastair Burt dismissed any suggestion he and other MPs were working with Brussels to hinder London’s negotiations.

Mr Burt told BBC Radio 4’s The Westminster Hour: “I don’t much fancy, after voting for the withdrawal agreement on three occasions, when members of the cabinet did not, to be called a collaborator in all this.

“I voted for Brexit. I voted to leave the EU, accepting the result of the referendum, and a number of my colleagues did not.

“I think that’s been a significant stumbling block to leaving the EU, not Parliament’s determination to hold the government to account and do its job.”

Mr Johnson’s planned meetings with the French president and German chancellor come ahead of the G7 summit in Biarritz at the end of the week, where the PM is likely to meet US president Donald Trump for talks.

Meanwhile, up to 40 Tory MPs are reportedly backing a bid led by Mr Hammond and Mr Gauke to stop a no-deal Brexit on October 31.

Last week they and 20 other senior Tories were said to have written to the PM to say his demands to abolish the backstop “set the bar so high that there is no realistic probability of a deal being done”.