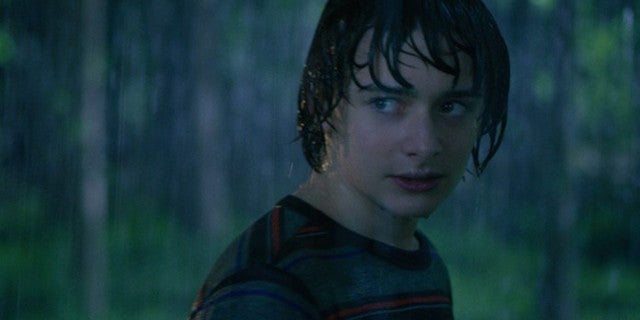 Stranger Things debuted their first official LGBTQ+ character in Season 3 when Maya Hawke’s Robin came out to Scoops Ahoy co-worker Steve Harrington (Joe Keery), but Robin may not be the only character who is gay. Another line of dialogue in the season implied that Will Byers (Noah Schnapp) may also be gay and it’s something that the original description of the character might confirm.

According to Screen Rant, the original notes the Duffer brothers shared when pitching the series to networks may have revealed that Will was, in fact, intended to be at least questioning his sexuality.

“WILL BYERS, twelve, is a sweet, sensitive kid with sexual identity issues. He only recently came to the realization that he does not fit into 1980s definition of ‘normal.’ His innocent choices, such as his colorful clothes, prove a constant source of bullying. Like Mike, Will escapes through fantasy gaming, where he can be himself, uninhibited. He has a close relationship with his mother, Joyce. His brother, Jonathan, helps raise him in lieu of their father, who abandoned them four years ago.”

While Stranger Things as it ultimately debuted on Netflix went through quite a few changes from its original inception — it was originally called Montauk and set not in Indiana but in a small town on Long Island, the original description of Will remains pretty close to how he’s appeared in the Netflix series. That, combined with the line of dialogue in season 3 in which Mike (Finn Wolfhard) snaps at Will in an argument over Mike and Lucas’ constant talking about their relationships — or, specifically the end of them — certainly is interesting. The line in question? “It’s not my fault you don’t like girls.”

Of course, the line itself is up for interpretation. Schnapp himself told The Wrap that he interprets it as being indicative of Will simply expecting life to go back to the way it was before his experience in the Upside Down.

“It’s really up to interpretation,” Schnapp said. “While all the characters were out developing and growing up, Will was in the Upside Down and he was alone there, not interacting with or connected to his friends or the rest of the world. And when he got back, he expected everything to just go back to how it was before, how it was when he was normal and when he was a k id and he wanted to go back to the basement and play D&D.”