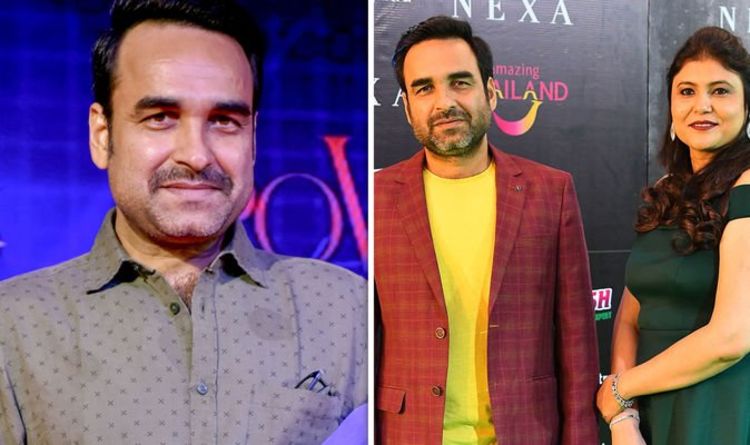 Sacred Games seasons one and two are available to stream and download on Netflix now. The second season premiered on the global streaming site on Wednesday, August 14 and Sacred Games fans have been binge-watching the new series ever since. Pankaj Tripathi plays the Guri Ji in the new series and at one point this season he has to deliver an 11-minute monologue. Here’s everything you need to know about Tripathi and his wife Mridula.

Who is Sacred Games Guru Ji actor married to? Who is Mridula Tripathi?

Pankaj Tripathi and Mridula Tripathi have been married for 15 years and have a young daughter together.

Mridula is a teacher and Pankaj is a hugely successfully Bollywood actor.

In 1993, they met at Tripathi’s sister wedding and the star believes he knew the second he saw her he wanted to be with her.

Speaking to ScoopWhoop, Tripathi said: “It was my sister’s wedding and I saw her on the balcony of the terrace and thought to myself, ‘This is the woman I want to spend the rest of my life with.’

“And I did not even know who she was, or what her name was, at the time.”

Mridula recalled a similar feeling when speaking to The Better India.

She said: “It was my elder brother’s Tilak (engagement ceremony). I was on my way to a tiny room on the terrace to get dressed when this boy with hazel eyes, brown hair and a beard crossed me.

“Those eyes would go on to follow me during the entire function.”

At the time, Mridula was living in Kolkata and Tripathi was studying in Delhi, and the pair kept in touch by letters and phone calls.

Mridula said: “I would leave for school in the morning and could meet him only after dinner.

“That was our time. We would sit and talk, sometimes till early morning. We both loved reading and had so much to talk about the books, novels, characters, stories, and the writers.”

They dated for 12 years before getting married in 2004.

Speaking to The Better India, Tripathi said: “If you ask me about my struggle, I don’t have any sad details like sleeping on a footpath or starving for days.

“That’s because my wife, Mridula, had taken over the entire responsibility of the house. In fact, I tell everyone that she is the man of the house.”

Shortly after their marriage, they move to Mumbai and in 2006 they had a daughter together, named Aashi.

Pankaj Tripathi is an Indian actor but known for appearing in Hindi films.

He has starred in over 40 films and 60 television shows.

The actor is best known for playing Sultan Qureshi in the Gangs of Wasseypur film series.