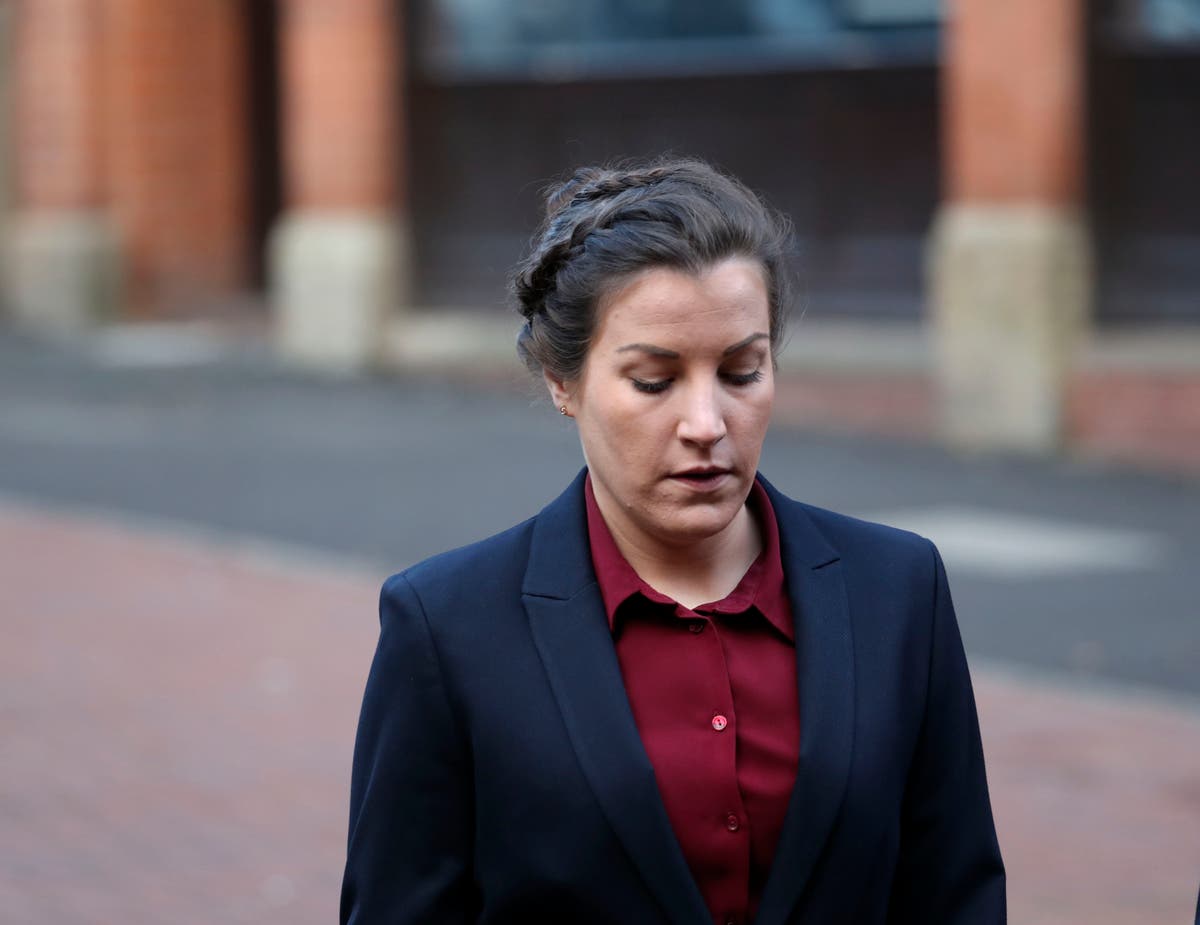 policewoman accused of assaulting Dalian Atkinson struck him with a baton after he was Tasered because he still posed a threat in an “incomprehensibly difficult, frightening” situation, her barrister has told a court.

Richard Smith QC told jurors that Pc Mary Ellen Bettley-Smith was a “caring person who didn’t have a violent bone in her body”.

Monk, 43, has pleaded not guilty to alternative charges of murder and manslaughter while his then girlfriend, Bettley-Smith, 31, denies assaulting Atkinson causing actual bodily harm near his father’s home in Telford, Shropshire.

In his closing speech to the jury on Friday, Mr Smith urged jurors to ask themselves whether it was remotely fair for the Crown to claim Bettley-Smith was not scared at the scene.

Defending the University of Hull social work graduate, Mr Smith invited jurors to consider how they would judge a member of their own family who found themselves in “a tremendously difficult situation, an incomprehensibly difficult, frightening situation.”

Mr Smith told the jury at Birmingham Crown Court: “At the heart of your deliberation is this – did Ellie Bettley-Smith believe or may she have believed that Dalian Atkinson still posed a threat when she used her baton.

“And intertwined with that core consideration is what my lord (the judge) has already directed you about.

“That even if her perception of the threat – the movement, the noises – were mistaken, then, in my words, that matters not.

“If she genuinely perceived a threat, even if it’s mistaken how it came about, then she was not acting unlawfully, end of story.”

The Crown claims Bettley-Smith and Monk have deliberately exaggerated Mr Atkinson’s stature and behaviour in order to justify their actions after excessive use of a Taser by the male officer, who kicked the 48-year-old twice to the head.

Mr Smith added: “To suggest she wasn’t as scared as she has made out, is that remotely fair?”

Pointing out that Bettley-Smith had told a sergeant at the scene “I thought I was a goner”, Mr Smith said: “They were seen to run away. Police officers… they don’t run away unless they are scared.

“She pressed her emergency button. Why did she do that? That little button is put on the top of the radio to save lives.”

Mr Smith said of Atkinson: “This was a man who had threatened to kill his own father.

“People who hid behind their bedroom windows… found it to be extraordinarily frightening. Just pause for a moment and ask yourself how Ellie Bettley-Smith would have felt.

“We suggest to you, members of the jury, that what the evidence drives you to is a conclusion that she did genuinely believe when Mr Atkinson tragically fell on to the ground on that third Taser, that he still posed a threat.”