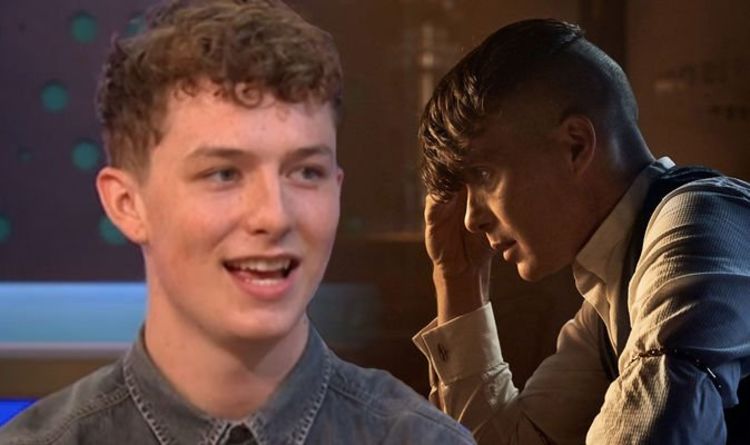 Peaky Blinders is just a couple of days away from airing its fifth season which will see the Shelby gang go up against more enemies.

However, it seems one of the characters who will go through the biggest transformation is Finn Shelby (played by Harry Kirton).

The actor appeared on Sunday Brunch this weekend and spoke about the upcoming episodes for the youngest member of the Peakys.

He told hosts Simon Rimmer and Tim Lovejoy how he is anticipating the biggest change for Finn.

Harry revealed: “The best way to describe it is as I’ve grown as an actor, so has Finn really.”

He continued: “There’s more to get his hands in, more for me to do and in this season, I’d say he’s definitely flown the nest.

“Not really listening to his brothers, who are the worst sort of father figures you can have, really, if you think about it.

“And Finn’s sort of, his curiosity… now he’s got the power of a man, shall we say, he’s one from being a bit scared to, ‘Let’s test this’.

“And maybe season five shows him that he shouldn’t test himself so much.”

Will beloved Finn meet his demise in the new series? Fans of Peaky Blinders know all too well they shouldn’t get too close to their beloved characters.

Meanwhile, new images of season five seem to show Aberama Gold (Aidan Gillen) could be about to clash with Tommy Shelby (Cillian Murphy).

In one snap obtained by Radio Times, Aberama seems to be looking pretty angry as he stands around with some of his Peaky Pals.

But what is annoying them and will Aberama turn on Tommy?

Elsewhere in the snaps, Michael Gray (Finn Cole) seems to have gotten very close to a beautiful newcomer.

Meanwhile for Tommy, he will be settling into his life as an MP in Birmingham.

He will be going head-to-head with Sir Oswald Mosley (Sam Clafin), who was a notorious British fascist politician.

It appears Tommy won’t see eye-to-eye with the controversial figure as he can be seen at a “Stop Fascism” rally, surrounded by pickets reading: “Mosely Out!”

Peaky Blinders returns to BBC One on August 25.