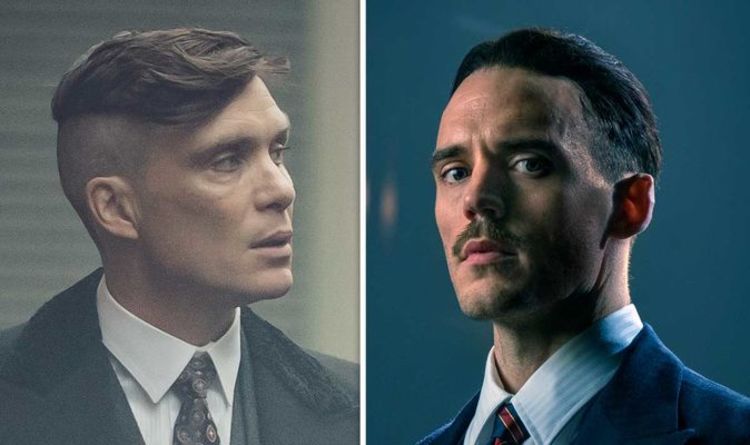 Peaky Blinders season five will be coming to UK screens this Sunday (August 25). However, US viewers will have to wait a little longer to see the new series on Netflix. The latest series will pick up a few years after the last as Tommy Shelby (played by Cillian Murphy) deals with a new enemy in Oswald Mosley (Sam Claflin).

When will Peaky Blinders season 5 be released?

Netflix has confirmed that Peaky Blinders season five will be released on US Netflix on October 4.

This follows the historical drama’s return to the UK at the end of this week (Sunday, August 25) on BBC One.

US viewers will get to see the series just a week after all of six episodes have aired in the UK.

Who is in the cast of Peaky Blinders season 5?

All of the major cast who made it through season four of the series will be returning in season five.

Cillian Murphy will be back as the leader of the gang Tommy Shelby, who viewers will see as an MP this season.

Alongside the returning cast, there will also be a number of new characters who will make their debut in the gangster show.

What is the plot of Peaky Blinders season 5?

Peaky Blinders season five will be set in 1929 as the Shelbys deal with the fall-out of the Wall Street Crash.

The previously dispersed Shelbys will be brought back together to deal with the implications of this.

Fans will also get to see Tommy embrace the political life as the Labour MP for Birmingham South.

In the new halls of power, he will come into contact with Claflin’s character Moseley.

According to the official BBC synopsis: “When Tommy Shelby MP is approached by a charismatic politician with a bold vision for Britain, he realises that his response will affect not just his family’s future but that of the entire nation.”

Is there a trailer for Peaky Blinders season 5?

Yes, the BBC has released a trailer for the latest season of Peaky Blinders.

The explosive promo shows the Shelbys reuniting as Tommy’s deteriorating mental state is hinted at.

In the clip, Tommy is seen clinging to a child as his vehicle burns as well as Polly aiming a gun at someone.

Fans also get a sneak peek at Claflin as Mosley in the trailer as the series hints it will acknowledge the growing fascism that developed across Europe in the 1930s.

A voiceover says “sometimes, death is a kindness” as it’s hinted that the Shelbys will face some tough enemies this season.

Peaky Blinders season 5 will be released on Netflix on October 4.