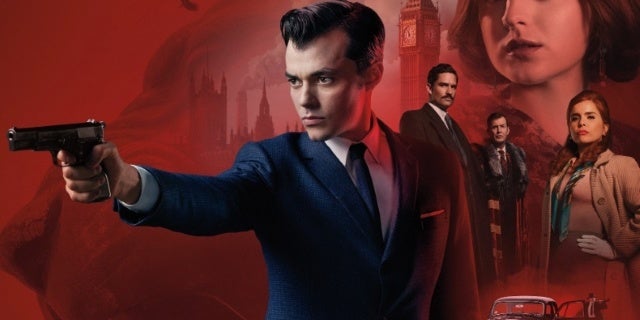 Pennyworth is taking a closer look at one of the more unheralded members of Batman‘s family. Epix’s series knows that a series based around Alfred might not seem like a ton of action from a distance. But, the executive producer, Bruno Heller, has some very specific reasons for helming the series based on the Wayne family butler before he spent his nights helping The Dark Knight.

A gritty reimagining of the man behind the bat first and foremost, Pennyworth wants to interrogate what makes Alfred tick and what events molded him into the most trusted ally Batman has. For Heller, the answer to some fans questions of “why even make a show around Alfred?” lies in his grounded character. In the creative team’s eyes, it takes real people to make a larger-than-life hero like Batman a reality.

“From a personal point of view, the only DC characters I’m really interested in are the real people — and there’s not many of them,” Heller explained to Variety, “To a degree, I would’ve liked to do Alfred before Gotham because Alfred is an extremely well-known mythic character that no one knows the backstory of. There’s a great amount of leeway to tell any kind of story you want,” he said. “There was a real story to be told, just with the simple question of how does a SAS soldier become a butler? That’s a strange journey. And how did he get from London to America?”

ComicBook’s Charlie Ridgely highlighted the brutality and shock value of the series in our early reviews of the series. That edge might be surprising for fans of the character who might be unprepared for Alfred’s life from this angle. ComicBook caught up with executive producers Danny Cannon and Bruno Heller at San Diego Comic-Con 2019 to speak about his plans for the new series and why they decided to take Alfred in this direction.

“I don’t think DC has ever done ’60s England before. We know what Metropolis was like then, we know what Gotham was like then, but we don’t know what it was like across the Atlantic,” Cannon said. “That was the great thing when we first started discussing the project, we started talking about what did London look like then. What’s happened? Is history the same as it was in our history books or was it slightly different? What has advanced technology-wise? All of these questions were to create a world that these characters could fit into.”Heller revealed a detail that came from Christopher Nolan’s Dark Knight trilogy, which makes more sense in the context of what we’ll see on Pennyworth.

Comic books aren’t the main source of inspiration for the series and that suits actor Jack Bannon just fine. He’s looking to honor some past performances while pursuing his own takes on the character.

“Well, it’s a daunting list of actors to join,” Bannon explained. “But I look at it that I’m not following them because I’m earlier in the story, so they’re following me. That gets me off the hook in my head. Bruno had written such a deep and complex version of him anyway, so the script was my bible really, rather than comics. He had some great ideas and we sort of came up with him together.”