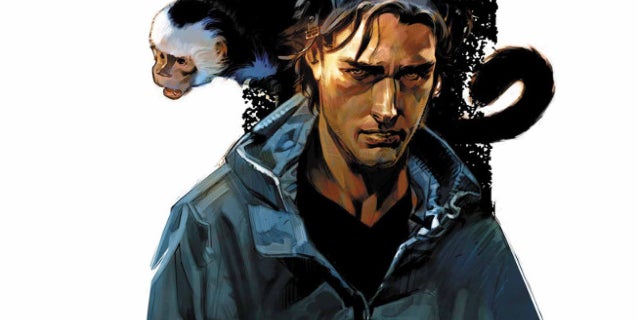 Years after Y: The Last Man was initially published, the beloved comic series is finally being adapted into live-action — and its newest cast member has already courted a bit of controversy. Over the weekend it was announced that Katie, the monkey who most famously played Marcel in the sitcom Friends, will be portraying the main character’s monkey sidekick, Ampersand in Y: The Last Man. This news quickly caught the attention of animal rights group PETA, which has provided ComicBook.com with the following statement regarding the casting:

“We were shocked to see that a real monkey was used in Y. As PETA warned FX as well as Y‘s producer and various showrunners, using monkeys as television props thwarts conservation efforts and promotes exotic-pet ownership, which involves removing baby monkeys from their mothers shortly after birth and raising them in deprived conditions. In an age when Aladdin and Dumbo have brought monkeys to life with realistic, humane computer-generated imagery, there’s no excuse for dragging a live monkey onto the set of Y.”

Y: The Last Man follows Yorick Brown (Barry Keoghan) and Ampersand through a post-apocalyptic world, in which every other male mammal has been wiped out by a mysterious event.

The cast of Y: The Last Man also includes Diane Lane as Jennifer Brown, Imogen Poots as Hero, Lashana Lynch as Agent 355, Juliana Canfield as Beth, and Marin Ireland as Nora. Timothy Hutton recently signed on to play the president of the United States, with Amber Tamblyn set to play his daughter.

The news of Katie’s casting comes as Y: The Last Man has a bit of behind-the-scenes changes, after FX “parted ways” with showrunners Michael Green and Aida Croal earlier this year. Eliza Clark has since been brought on as a new showrunner. With all of that in mind, it’s unclear if Katie will continue to play Ampersand when the finished show goes to series, or if this outcry from PETA will be enough to have them switch to a CGI monkey.

What do you think of PETA’s take on Y: The Last Man casting a real-life monkey? Share your thoughts with us in the comments below!