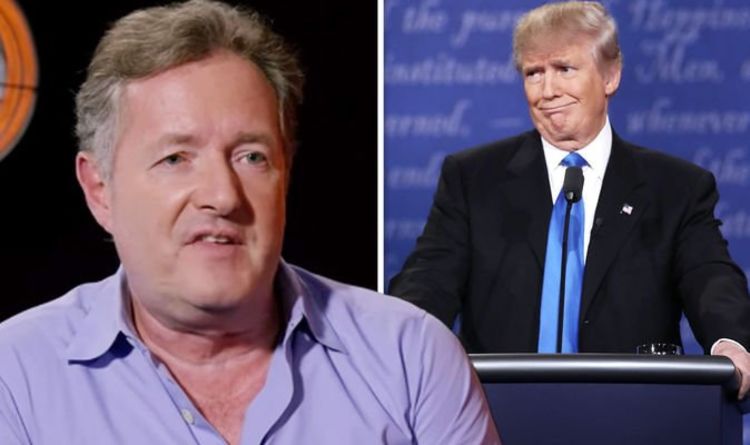 Piers Morgan, 54, often discusses his relationship with US President Donald Trump. However, in spite of their friendship, the Good Morning Britain presenter revealed he finds one aspect of the leader’s personality “frustrating”. Opening up about the politician during an interview on the Ben Shapiro Show, Piers admitted he is disappointed Trump neglects to show his more “charming” side in his presidential role. Reflecting on when he spent time with the President on The Celebrity Apprentice, which was fronted by Trump in 2008, the outspoken presenter revealed his first impressions of the star.

He said: “I saw a guy that was clearly very smart, much smarter than his critics give him credit for, very charming in those boardrooms. A side I do not see enough of as President.

“He’s come in, he’s decided to play the whack, whack, whack President because he’s getting whacked all the time and almost it brings out the worst in both him and his critics.”

The journalist went on to explain: “His whole strategy to people when they criticise him is to punch them 10 times as hard.

“That’s what Donald Trump’s DNA is about. It was very successful in real estate, it got him elected President.”

Piers continued: “I would like to see more of the charming Donald Trump that I saw in the boardroom.

“I think it would go a long way if he just gave us more of that so I find that a frustration as somebody who genuinely likes him personally.”

Piers Morgan’s comment about Donald Trump’s personality comes after he revealed some similarities between him and the President.

The TV personality told the Radio Times back in June: “People call Trump a psychopath. He’s not, he’s more of a narcissist.”

When asked if he relates to his friend’s “narcissism”, Piers admitted: “I think I have, like Trump, a chilling self-belief and self-confidence. If that makes me a narcissist, I plead guilty.

“I like to be at the centre of things and I like things to be about me, so in that sense Trump and I share similar characteristics.”

However, the ITV favourite also added: “I probably have a better ability to show empathy than he does, he’s a complex character with lots of different sides to him.

“If you see him interact with his family, his kids all love him and worship him. But the main reason I like Trump is he’s been very loyal to me, privately and publicly, many times.”

Earlier this summer, Piers sat down with Donald Trump for a 30-minute interview, which aired on Good Morning Britain.

The conversation turned towards royalty as Piers quizzed the President on reports he had called Meghan Markle, 38, “nasty”.

Speaking out about the Duchess of Sussex, Trump divulged: “They said some of the things that she [Markle] said and it’s actually on tape, And I said, ‘Well, I didn’t know she was nasty.’

“You know what?” he added. “She’s doing a good job. I hope she enjoys her life… I think she’s very nice.”