The Health Secretary announced Leicester will be on a renewed lockdown after Leicester City Council said there had been 944 confirmed cases of coronavirus in the city in the past two weeks. But Mr Hancock refused to discuss the matter with Piers Morgan and Susanna Reid on Good Morning Britain, sparking the furious reaction of the ITV host. Mr Morgan blasted: “We did ask the Health Secretary Matt Hancock if he would like to come on the programme but he’s not coming on the programme.

“The Health Secretary will be talking to other programmes this morning and we will be monitoring those and we’ll be asking supplementary questions on your behalf just at the camera.

“Hopefully someone will get the message to him when we ask him questions about whether you live or die.

“Trivial matters like that which the Health Secretary doesn’t think you, Good Morning Britain viewers have any interest in hearing from him.

READ MORE: Lockdown MAPPED: Coronavirus on rise in 36 areas – are you affected? 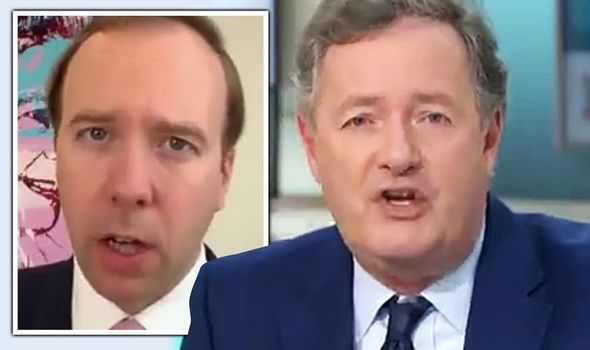 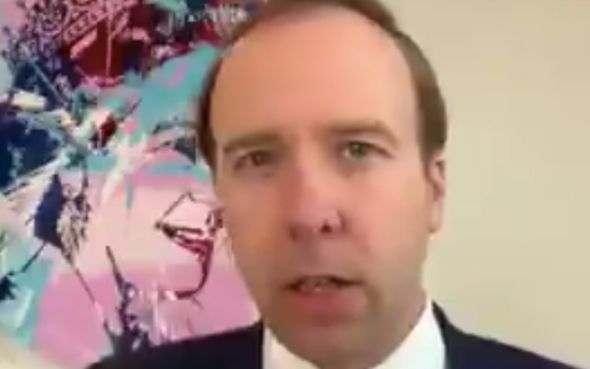 Matt Hancock announced Leicester will return to a lockdown after a cluster of coronavirus cases (Image: SKY)

Harsher restrictions are coming into force in Leicester following a surge in the number of coronavirus cases in the city.

Non-essential shops will be closed from Tuesday, the day Prime Minister Boris Johnson looks to shift focus to the recovery from the pandemic with a multi-billion pound “new deal” for infrastructure projects.

Rising numbers of cases in the East Midlands city – 10% of all positive cases in the country over the past week – mean the planned easing of restrictions on Saturday will not take place, with people have been advised against all but essential travel.

Health secretary Matt Hancock said Leicester’s seven-day infection rate was 135 cases per 100,000 – three times that of the next highest city.

While the exact area impacted is not expected to be made clear until later on Tuesday, Mr Hancock said Leicester and the surrounding conurbation including Oadby, Birstall and Glenfield would be included.

Local authority boundaries will complicate deciding which areas to include in the heightened restrictions, with parts of Oadby to Leicester’s south east and Birstall to the city’s north overseen by Leicestershire County Council.

Harborough, Oadby and Wigston MP Neil O’Brien tweeted the measures would “apply in outer parts of Leicester too – including all of my constituents in Oadby, Wigston and South Wigston”, but that Great Glen, a village two miles south of Oadby, was not included.

He tweeted on Monday evening: “I’m still awaiting official confirmation as to which parts of South Leicestershire are included in the local lockdown, I wouldn’t want to give anyone information that isn’t correct.”

His constituency includes Braunstone Town, a neighbourhood of around 17,000 people, which is separated from the city by the single carriageway Braunstone Lane.

Leicestershire County Council leader Nick Rushton said it made sense to step up restrictions in areas close to the city. 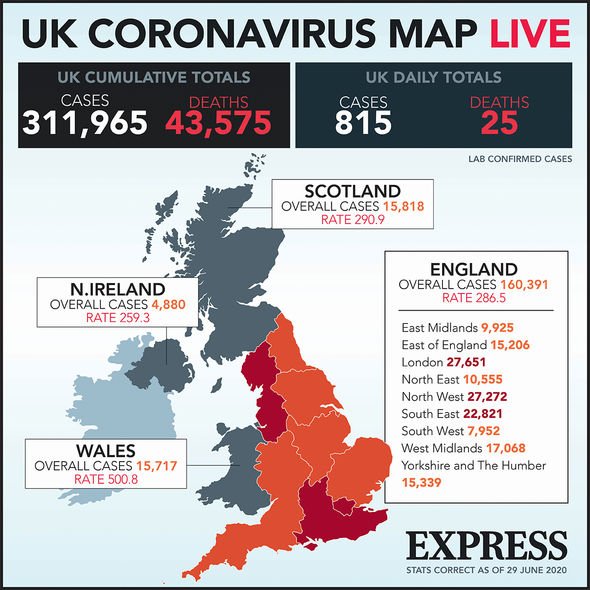 He said: “Clearly coronavirus does not adhere to lines on a map. And although county rates are below the national and regional averages, we can’t be complacent.”

Mr Hancock said the measures would be kept under review and would not stay in place “any longer than is necessary”, adding: “We’ll review if we can release any of the measures in two weeks.”

He told the Commons: “These actions are profoundly in the national interest too because it’s in everyone’s interests that we control the virus as locally as possible.

“Local action like this is an important tool in our armoury to deal with outbreaks while we get the country back on its feet.”

Shadow health secretary Jon Ashworth, who represents Leicester South, said: “We were alerted to the situation in Leicester 11 days ago and now we’ve got tonight from the Secretary of State the whack-a-mole strategy.

“Doesn’t he agree that if we’re as a nation to ease the lockdown smoothly then those areas that do see flare-ups will need greater speed in the response, otherwise we risk no moles getting whacked?”