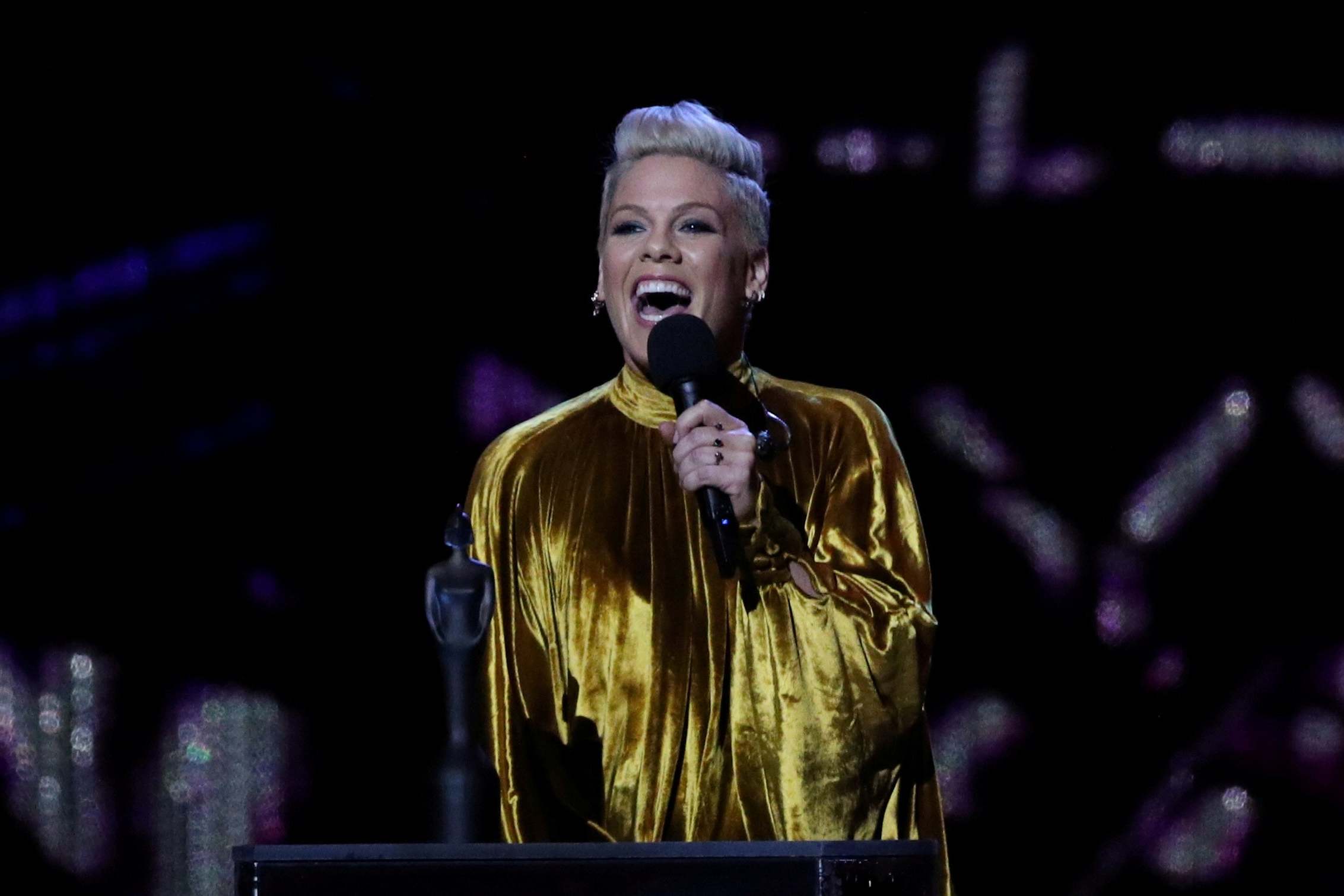 Pink has become the latest celebrity to defend the Duke and Duchess of Sussex against recent public criticism facing the royal couple.

The US pop star said Meghan had been subjected to “the most public form of bullying I have seen in a while”.

She follows Sir Elton John and Ellen DeGeneres in condemning the perceived mistreatment of the Sussexes, who were recently criticised for their use of private jets.

Sir Elton had earlier hit out at “relentless and untrue assassinations on their character” while DeGeneres said they were “the most down-to-earth, compassionate people”.

Grammy Award-winning Pink has now asked fans to “be a bit kinder”.

She tweeted: “I’m happy to see people coming to the defense of The Duke and Duchess of Sussex.

“The way people treat her is the most public form of bullying I have seen in a while. It’s out of control. Let’s all be a bit kinder, huh?

“Let’s show our children that it’s cool to be kind.”

Harry and Meghan, who have been vocal on environmental issues, were criticised after reportedly taking four private jet journeys in 11 days.

Sir Elton said he had provided Harry and Meghan and their baby son Archie with a private flight to “maintain a high level of much-needed protection”.

He wrote on social media that he had made sure the flight was carbon neutral by making the “appropriate contribution” to a carbon footprint fund.

“I am deeply distressed by today’s distorted and malicious account in the press surrounding the Duke and Duchess of Sussex’s private stay at my home in Nice last week,” he said.

“Prince Harry’s mother, Diana Princess Of Wales was one of my dearest friends. I feel a profound sense of obligation to protect Harry and his family from the unnecessary press intrusion that contributed to Diana’s untimely death.

“After a hectic year continuing their hard work and dedication to charity, David and I wanted the young family to have a private holiday inside the safety and tranquillity of our home.

“To maintain a high level of much-needed protection, we provided them with a private jet flight.

“To support Prince Harry’s commitment to the environment, we ensured their flight was carbon neutral, by making the appropriate contribution to Carbon Footprint.

“I highly respect and applaud both Harry and Meghan’s commitment to charity and I’m calling on the press to cease these relentless and untrue assassinations on their character that are spuriously crafted on an almost daily basis. Elton.”

The musician famously performed at the funeral of Harry’s late mother Diana, Princess of Wales, in 1997, singing a specially reworked version of his hit song Candle In The Wind.

He was also among the celebrity guests invited to Harry and Meghan’s wedding in Windsor last year.


The Sussexes’ trip to Nice to stay in Sir Elton’s home followed a reported holiday to Ibiza to mark the duchess’s 38th birthday earlier this month.

US chat show host Ellen DeGeneres also defended the couple, posting on Instagram: “Portia and I met Prince Harry and Meghan in England to talk about their work on wildlife conservation. They were the most down-to-earth, compassionate people. Imagine being attacked for everything you do, when all you’re trying to do is make the world better.”

She did not say when she and her wife Portia de Rossi had met the royal couple.

On Monday, Harry and Meghan posted a quote by Archbishop Desmond Tutu on Instagram, urging their followers to overwhelm the world with “little bits” of good.