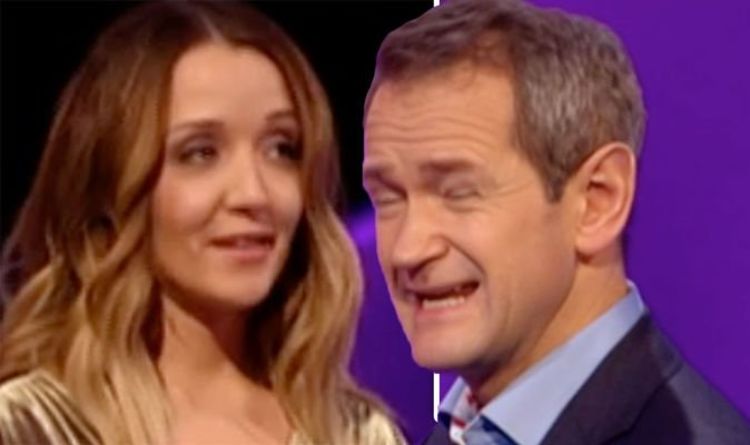 Tonight’s edition of Pointless left many fans puzzled as they watched one player make a very surprising choice during the first round.

Laura and her boyfriend Stuart were eager to achieve some of the same success as their last foray onto the BBC programme.

During their last appearance, the Glasgow couple managed to get to the final head-to-head, but unfortunately lost out at the last hurdle.

Hoping to win some elusive Pointless answers and receive the coveted trophy from presenters Alexander Armstrong and Richard Osman, the couple were raring to go.

Unfortunately, Laura hit a stumbling block relatively early on when she was faced with a round about children’s books.

While many of the contestants found the topic a relatively simple one, Laura was stumped with the choices on offer, and ended up giving an incorrect answer.

Seeing the words A Very Hungry… on the screen however, Laura had forgotten the missing word, guessing it was alligator instead.

Viewers flocked to Twitter to air their thoughts over the contestant’s bizarre answer for the iconic children’s novel.

One person corrected: “The Very Hungry Caterpillar is a classic children’s book. No Alligators. #pointless.”

While a fourth repeated: “#Pointless contestant ‘Something’s telling me that it’s The Very Hungry Alligator????’.”

Those watching at home continued to discuss the contestant’s choice, as one person shared a shocked GIF image depicting their feelings on the moment.

The other contestants in today’s edition consisted of Sherry from London and her great niece Cambell from Nottingham, Ben and his friend Judith from Manchester, and Bobby and his wife Charlotte from Salford.

Despite a nail biting head-to-head round, Sherry and Cambell failed to come up with any correct answers in the final round.

Choosing the category of things from 2009, the duo put forward actors Daniel Day Lewis and Leonard DiCaprio as their choices for Oscar-nominated stars in the 2009 Academy Awards.

And for their final choice, Sherry and Cambell suggested Lady GaGa’s famous song Telephone from her album Fame, which came out in 2009.

It turned out the song was from her follow-up album The Fame Monster, and Alexander apologised: “That was a valiant effort in the face of a rather unpromising selection of questions there, but you didn’t I’m afraid manage to find that all-important pointless answer.”

Pointless continues weekdays at 5.15pm on BBC One.