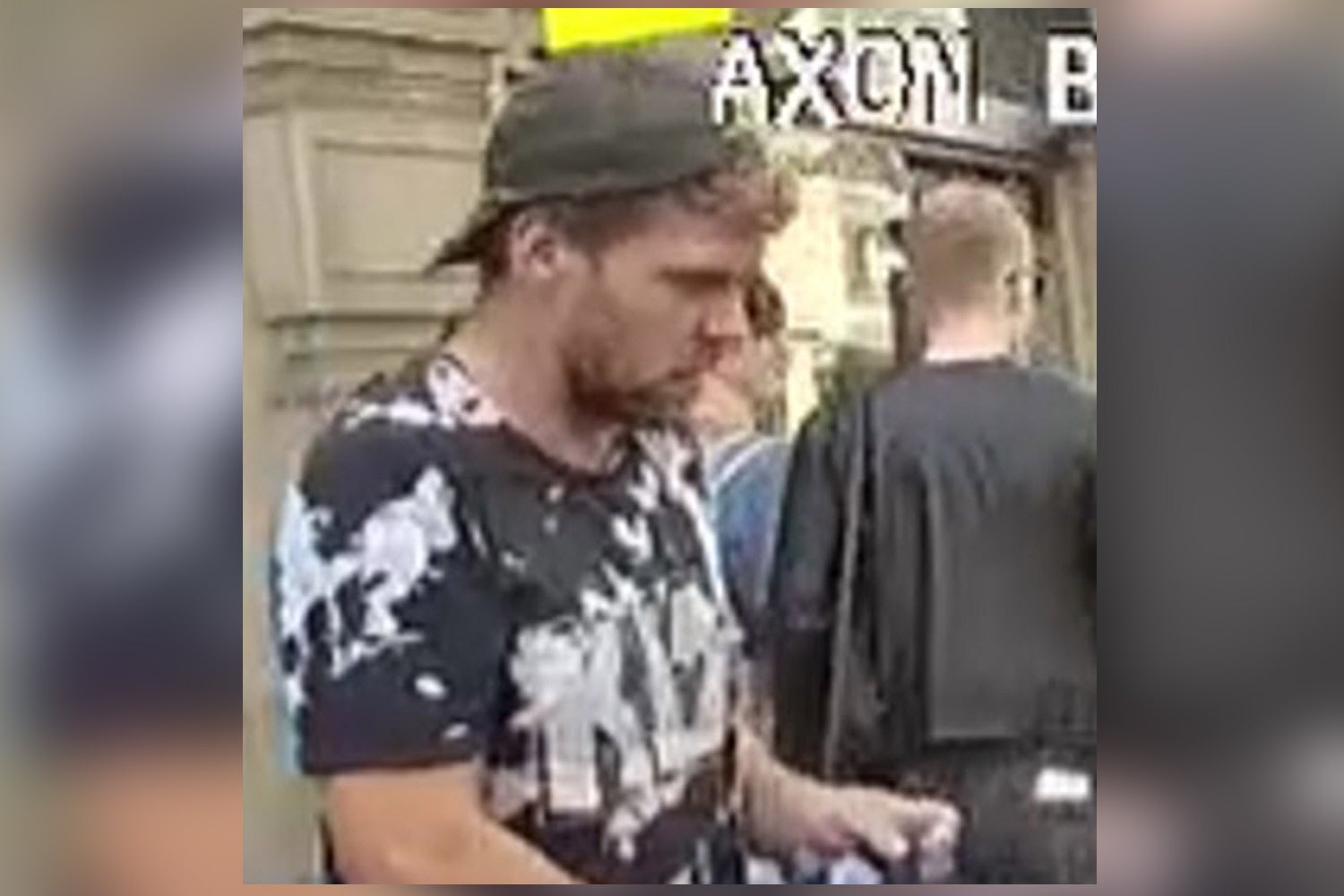 Police have appealed to the general public for assist figuring out a person after an assault on an officer at a Tommy Robinson demonstration.

The Metropolitan Police launched photographs of a person they wish to communicate to following the protest in Westminster on August 24.

Images present him carrying a back-to-front peaked cap, darkish shorts and a black and white T-shirt with the brand of the band Kiss on the entrance.

Police mentioned the assault passed off as supporters of Mr Robinson, actual identify Stephen Yaxley-Lennon, clashed with a counter-protest by teams together with Stand as much as Racism.

Scotland Yard mentioned “a number of people attempted to physically breach a police cordon” in Portland Place shortly after 11.30am.

It added: “As a part of this, an officer was violently pushed by a number of individuals.

“Police are actually releasing a picture of a person they wish to communicate to in reference to the incident.”

A girl in her 30s was arrested on suspicion of assaulting a police officer and has been bailed to return on a date in late September, police mentioned.


Detective Sergeant Chris Rudd, who’s main the investigation into violence at the rally, mentioned: “Our officers work onerous to guard the rights of those that want to protest and our foremost intention is to cut back the potential for violence, dysfunction and disruption to communities.

“Assaults on cops – who’re there to make sure the security of these attending such protests – are solely unacceptable and we’ll work tirelessly to research incidents of this nature.

“I appeal to anyone who has information on this individual to come forward in complete confidence.”