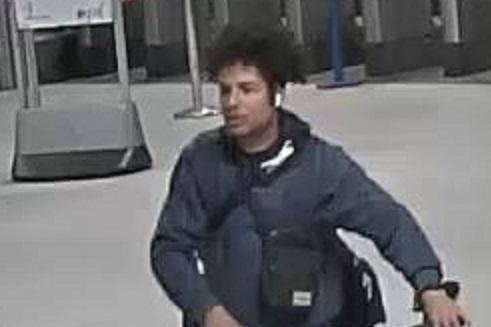 A Transport for London worker was racially abused and chased at a station after telling a customer he could not board a train with his bicycle.

British Transport Police (BTP) have released CCTV images of a man they would like to speak to in connection with the incident at Canada Water.

After being told he could not board the train, the suspect allegedly racially abused the member of staff and threatened him with harm.

He is also said to have chased the employee with a bottle but slipped on its contents during the pursuit.

Officers were called to the station in south east London just after 5.30pm on May 16.

A BTP spokesman said: “Officers would like to speak to the man in the image who may have information that could help their investigation.”