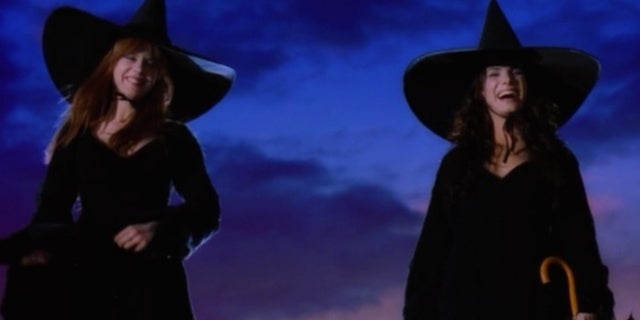 After a beloved 1998 film starring Sandra Bullock and Nicole Kidman, the world of Practical Magic is getting a new chapter. According to a new report from Variety, the upcoming HBO Max streaming service has begun developing pilots of three new original series, including a pilot production commitment for a Practical Magic prequel called Rules of Magic. The pilot would be a one-hour drama, which would be inspired by Alice Hoffman’s original books Rules of Magic and Practical Magic.

Set in 1960s New York City, the series follows three troubled siblings — Franny, Jet and Vincent Owens — who wrestle with “abnormalities” that have kept them isolated. But the tumultuous times unearth the extraordinary discovery that they are, in fact, descendants of a bloodline of witches. The two sisters will become the revered, and sometimes feared, aunts in Practical Magic, while their brother will leave an unexpected legacy.

The series will be written and executive produced by Melissa Rosenberg, who served as a series creator on Marvel’s Jessica Jones. This will mark the first project under her overall deal with WBTV, which was initially announced almost exactly a year ago. While some had assumed that Rosenberg would possibly be developing more superhero properties with WBTV, it’s clear she has other preexisting IP in mind for the moment.

“You know, I’ll probably step away [from superhero shows] for a little bit,” Rosenberg told ComicBook.com earlier this year. “I’ve been so deep in the Marvel universe it would give me whiplash to try to go into DC at this moment. But never say never.”

“I’m just interested in exploring and trying some new stuff and really pushing myself into new territory and reinventing,” Rosenberg added. “I think that’s what keeps me young, just trying to stay creative and trying to surprise myself as much as possible. Take some risks. You kind of have to do that as a writer or you get stale.”

Rules of Magic will also be written and executive produced by Dana Baratta, with Denise Di Novi and Nina Tassler of PatMa Productions and Hoffman also executive producing. HBO Max is in the process of setting up a writers’ room, as the series has courted a 10-script order.

The other pilots ordered by HBO Max include Generation, a half-hour dramedy about a group of high school students exploring modern sexuality in their conservative community. The show will be written and co-executive produced by 17-year-old Zelda Barnz, with Lena Dunham also serving as an EP. Also getting a pilot order is Red Bird Lane, which is described as a YA morality and psychological horror series, centered around the sinister and terrifying horrors of an isolated house. That show will be written and executive produced by Sara Gran.

What do you think of Practical Magic getting a television prequel? Share your thoughts with us in the comments below!