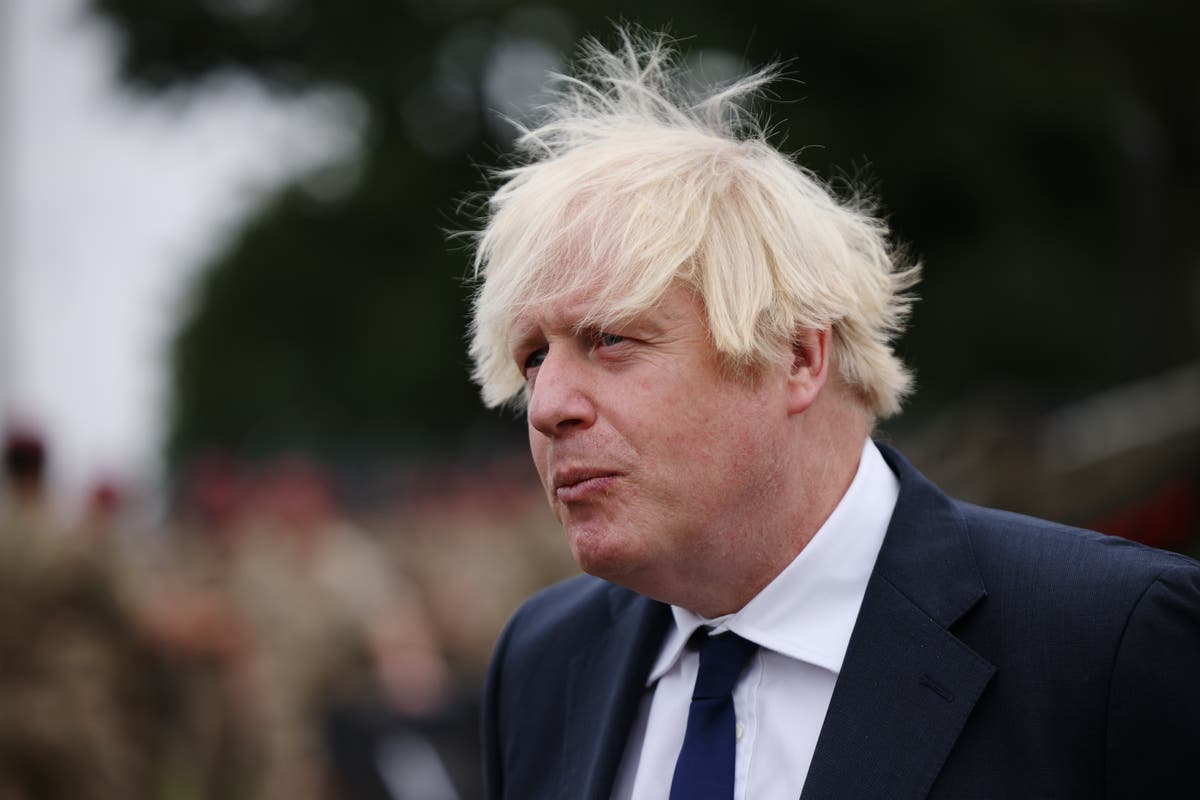 oris Johnson has said the UK needs to “go faster” with the vaccination of 16 to 17-year olds, despite a “strong” uptake within the age group.

Figures show that almost two-thirds of 16 and 17-year-olds in Wales have had a first dose of a coronavirus vaccine, and half of this age group in England and Scotland have been jabbed.

The figure is 40% in Northern Ireland.

Mr Johnson told reporters at Merville Barracks in Colchester that the eligible teenagers were “a very important group for potential transmission”.

“There are still some who need that protection and I would just urge everybody who hasn’t yet had a jab to go and get one.”

NHS England said more than 620,000 young people aged 16 and 17 have now been jabbed, less than a month after the Joint Committee on Vaccination and Immunisation (JCVI) approved they could be given a first dose of the Pfizer/BioNTech vaccine.

Dr Nikki Kanani, GP and deputy lead for NHS England’s vaccination programme, said: “Uptake among young people continues to be strong and thanks to the non-stop efforts of NHS staff and volunteers, half of all 16 and 17-year-olds have had their vaccine since becoming eligible last month, giving them the best possible protection against coronavirus.

“As school and college terms are due to start back shortly, it is really important that young people continue to come forward for their life-saving vaccine and visit the NHS grab-a-jab finder to find a convenient site, with walk-in vaccinations taking place at nightclubs, university campuses and places of worship this weekend.

“It has never been easier to drop in and get your vaccine: it is safe, effective and will provide vital protection for you and your family and friends.”

Meanwhile, political pressure appears to be building on experts advising on the vaccination of even younger people, with Gavin Williamson saying he hoped a decision on vaccinating 12 to 15-year-olds will be made “very, very soon”.

The Education Secretary said the NHS is ready to go into schools to deliver jabs to that age group “if we get the get-go” from the JCVI.

But JCVI deputy chairman Professor Anthony Harnden said there are “many” arguments for and against jabs for younger children, and the committee – which is independent from Government – will decide “in the children’s best interests” without outside influence.

The prime minister also urged older people to come forward for Covid booster jabs ahead of the autumn and winter months, as he confirmed plans to press ahead with a booster scheme.

“The priorities now are the older generation going into autumn and winter, and we have always said there would be a booster programme in September – in this month – and we are going ahead with that,” he said.

Yesterday, the JCVI recommended third doses be given to people with severely weakened immune systems, who are likely to have been unable to mount an immune response from their first two jabs.

It comes as vaccine manufacturer Moderna confirmed it will submit data to the Medicines and Healthcare products Regulatory Agency (MHRA) and other regulatory authorities around the world in the coming days on the use of its vaccine for boosters.

Stéphane Bancel, chief executive officer of Moderna, said the submissions will be supported by data showing a 50 microgram dose of the vaccine “shows robust antibody responses against the Delta variant” six months after a second jab.

The Government said a further 178 people had died within 28 days of testing positive for Covid-19 as of Thursday, bringing the UK total to 132,920.

Separate figures published by the Office for National Statistics show there have been 157,000 deaths registered in the UK where Covid-19 was mentioned on the death certificate.

As of 9am on Thursday, there had been a further 38,154 lab-confirmed Covid-19 cases in the UK, the Government said.