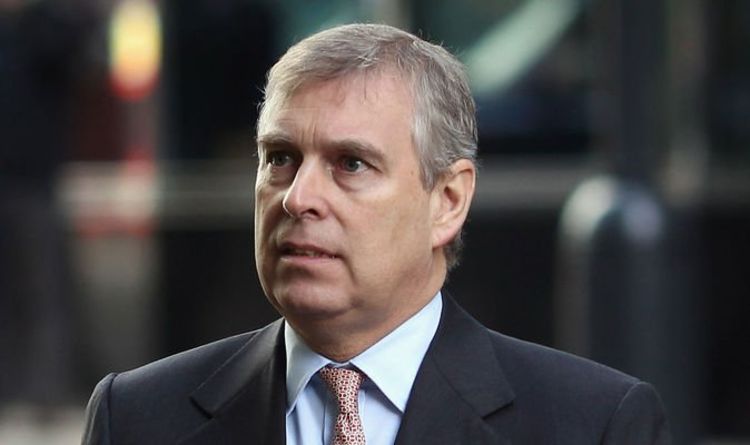 Prince Andrew was repeatedly spotted hanging out with the American financier in the past but categorically denied any involvement with allegations against Jeffrey Epstein. The disgraced millionaire was taken into custody on federal sex trafficking and conspiracy charges related to the alleged abuse of hundreds of girls before he killed himself while awaiting trial. In a resurfaced video, believed to have been captured when the royal worked as the UK’s special representative for international trade, Andrew can be spotted behind a front door as he waves off a brunette woman. The Duke of York released a statement in which he said he was “appalled” by the allegations on the late financier’s character.

But despite Buckingham Palace coming out in full force to support Prince Andrew in distancing himself from the allegations moved against Mr Epstein, former royal correspondent Michael Cole claimed Buckingham Palace has “no control” over the American legal system.

Mr Cole told ITV Good Morning Britain: “This is extremely bad. Outraged denial by Buckingham Palace on the Prince’s behalf, it simply will not work. Answers are required, the truth is essential because we are now in the American legal system. Buckingham Palace has no control over this.

“There will be at least one, maybe more, civil cases and it cannot be denied that the Prince is a prime material witness. Probably the person closest to the whole matter.

“American lawyers are already wanting to depose him, that means sit him down and take his evidence. There is nothing to stop a member of the royal family being a witness in a case.

“In fact in the nineteenth century the eldest son of Queen Victoria gave evidence in two notorious, scandalous cases.

Presenter Richard Bacon remarked: “It’s not just civil cases, it’s going to be the criminal cases that continue, and that William Barr the Attorney General has said this is a very personal case for him. This will continue to be a criminal investigation.”

Mr Cole replied: “Well I don’t see how that is if Jeffrey Epstein is dead unless there are people brought into it and are charged with criminal offences. The hasn’t actually been forecast at present.

“The thing, in any case, lie this, it’s not the actual offence, it’s the cover-up that gets them in the end. It will be far better at this stage for the Prince to be as candid as possible, get himself some good lawyers, sit down and try and mitigate as far as possible his involvement with this appalling man Jeffrey Epstein.”