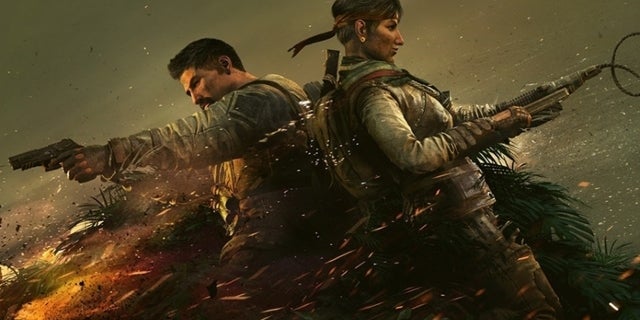 Rainbow Six Siege players are in for some treats in the near future as Ubisoft have officially announced the new Battle Pass coming to the game in its third season of Year 4. During the Six Major Raleigh, Ubisoft unveiled Operation Ember Rise, which will be bringing all sorts of goodies to the popular tactical shooter, including two new operators, a major map rework, and much more. As for the Rainbow Six Siege Battle Pass, players will be introduced to “Call Me Harry,” the free Mini Battle Pass that acts as the first phase of the whole thing.

“Operation Ember Rise introduces a new Attacker and a new Defender, Amaru and Goyo from Peru and Mexico,” reads the release. “In the meantime, the map Kanal has been entirely reworked with an improved navigation between all parts. Finally, Ubisoft announced that Battle Passes are coming into the game, with a free Phase 1 named “Call Me Harry” released later in the season.

“Peruvian Attacker Amaru and Mexican Defender Goyo will bring verticality and fire in-game. Amaru, a former archeologist, is equipped with a G8A1 automatic rifle and a Supernova shotgun. Notably Amaru will also possess the ability to access any high position in record time with her Garra hook and finish with a Garra kick which instantly takes out an opponent standing behind the window, making her a perfect flanker. Amaru helped to raise Goyo, a former member of the Mexican Fuerzas Especiales who uses the dangerous Volcán Shield. Like the ordinary Deployable Shield, the Volcán Shield provides cover and allows Defenders to block pathways, but Goyo can turn up the heat with an attached incendiary bomb and make it burst.”

In addition to all of this, players will be able to jump into a reimagined Kanal map, which has been reworked to make rotating and navigating a bit easier by adding a new path between the eastern and western buildings. Check out a bit more on everything that is new in the video above. Here’s a bit more on what will also be new:

Operation Ember Rise hits the test server, which is exclusive to PC, on August 19th. Rainbow Six Siege is currently available on PC, PlayStation 4, and Xbox One.