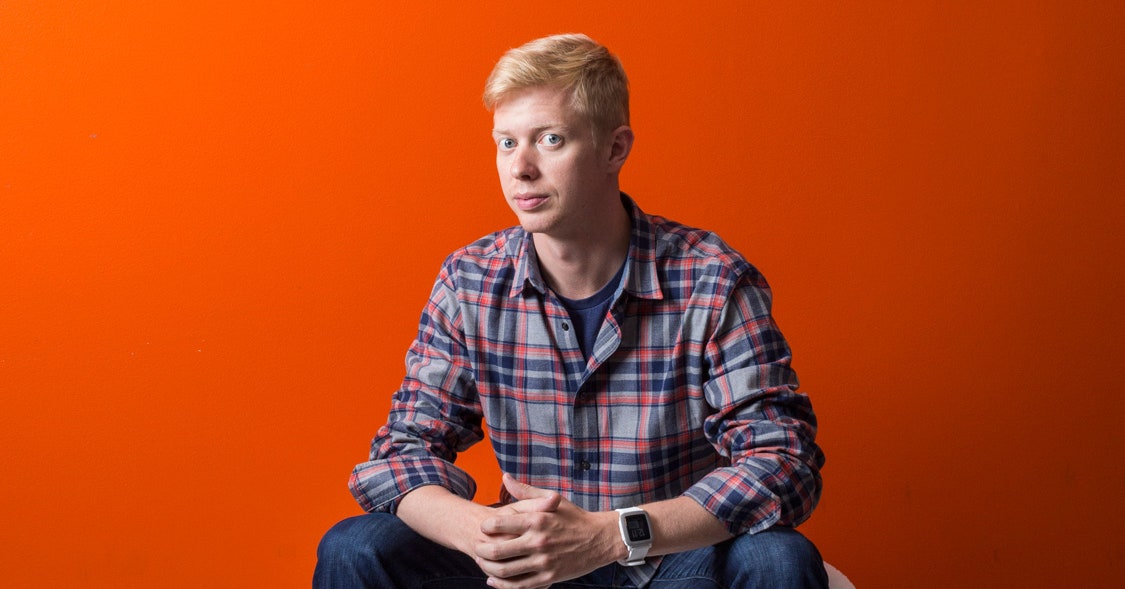 On Friday, a series of cryptic posts began to appear on r/pan, a Reddit community that seemed to materialize out of nowhere. “On public-access television, anyone can be a star,” read one post, a GIF with text overlaid on a grainy background. “Today we live in a society where many choose to have a televised voice.”

What was r/pan? No one knew, but Redditors began speculating right away. “Wth is this? Someone explain??” one user commented. “Reddit giving us a dick tickling tease here,” offered another. One user, u/Infinade, got to work sleuthing and stumbled upon a subdomain with the phrase “reddit-service-streaming-backend.” Reddit, it seemed, was planning to launch some kind of streaming service. With a little more digging around the source code in the Reddit app, u/Infinade could even see what it would look like.

Today, so can everyone else. Head to Reddit’s front page and you’ll find the all-new Reddit Public Access Network, where you can see warm-blooded Redditors giving a rare glimpse of the other side of the screen. This is Reddit’s first taste of live video, and as such, RPAN is a limited-time experiment, set to run from 9 am to 5 pm through the end of this week. Consider it another “dick tickling tease” for when Reddit launches livestreaming for real in the coming months.

For most of its 14-year history, Reddit has been a text-only platform. What began as a link-sharing service quickly grew into a destination for online discussion, where communities big and small formed to talk about everything from r/worldpolitics to r/rarepuppers. Even as Reddit introduced support for photos and video, leading to the formation of communities like r/cursedimages, text has remained central to Reddit’s identity.

But in 2019, it’s hard to be a platform without live video. Twitter has Periscope, Google has YouTube Live, Amazon has Twitch. When he introduced Facebook Live in 2016, Mark Zuckerberg described it as “having a TV camera in your pocket,” an idea that seduced both users and advertisers. For Reddit, which has been on a path toward modernizing its platform since co-founder Steve Huffman rejoined the company four years ago, livestreaming felt like an obvious next step.

“We know that our users are familiar with streaming across their internet experience, because they’re seeing it on other platforms,” says Alex Le, Reddit’s VP of product. “It’s become an expectation that a platform should offer this.”

Exactly how to bring live video to Reddit remained a question. Should it look more like YouTube, or Twitch, or something else entirely? Eventually, the team decided to start with something temporary, using the team’s best guess for what might work and offering a lot of leeway to course-correct if things go wrong.

Le says the network will be tightly curated, with no more than 100 concurrent streams that run for no longer than 30 minutes each. Redditors will be able to upvote and downvote streams and participate in live chats during the broadcasts. Anyone can start a broadcast, which will use the rear-facing camera by default, an incentive for Redditors to show the moments they’re in rather than going straight into selfie mode (though the selfie camera is available, too). “Streaming on other services can sort of be like, just turn on the camera,” says Le. “We think Reddit will lend itself more toward shorter-form content, capturing something that’s really interesting in the moment, so that users can cycle through and see a bunch of different perspectives.”

But livestreaming, which can be more visceral and immediate than other types of content online, comes with its own moderation challenges. Earlier this year, a man filmed himself as he opened fire on a mosque in Christchurch, New Zealand, and uploaded the footage to Facebook Live. By the time Facebook removed the 17-minute video, in which 50 people are killed, it had been viewed thousands of times.

Deborah Hsieh, the product manager for RPAN, says the team has been careful to put safeguards in place. Hsieh joined the project after a year and a half of working on Reddit’s Anti Evil team, a task force that works to “keep bad experiences from good users.” In designing RPAN, Hsieh says she’s leveraged her experience on that team to anticipate potential problems.

Part of the approach has been in building a separate, stricter set of rules for livestreaming: no NSFW, no dangerous or illegal activity, and no “quarantine eligible” content, referring to material that Redditors might find offensive or upsetting. In June, Reddit quarantined r/TheDonald after the enormous pro-Trump subreddit began posting violent threats—a consolation to Redditors who reported it, but without booting the community permanently.

On RPAN, the rules are more rigorous. The weeklong experiment will be entirely moderated by Reddit employees, giving Reddit’s mass of volunteer moderators a break from watching the streams. “We’re not going to shy away from punishing bad actors,” says Hsieh. “We’ve actually said in our policy, depending on the severity of your action, we could ban or suspend your account.”

Ultimately, Le says he’s not that worried. Reddit has given its users new ways to its express itself in the past, and he says it’s mostly just led to more creativity. Not long ago, before the platform supported video, jugglers had no place to go on Reddit. Now, there’s a whole tribe of them and a thriving community tossing balls around. With live video, he hopes to see similar effects.

“There are these big and prominent marquee examples where bad things can happen, but there’s also a huge long tail of people using these features on platforms like Instagram to stream to their friends and stay connected,” says Le. “We’ve done our diligence to think through what might happen. But rather than focus on the worst scenarios and exactly how they might look and feel, we’re focusing on making sure that the community has tools at their disposal.”