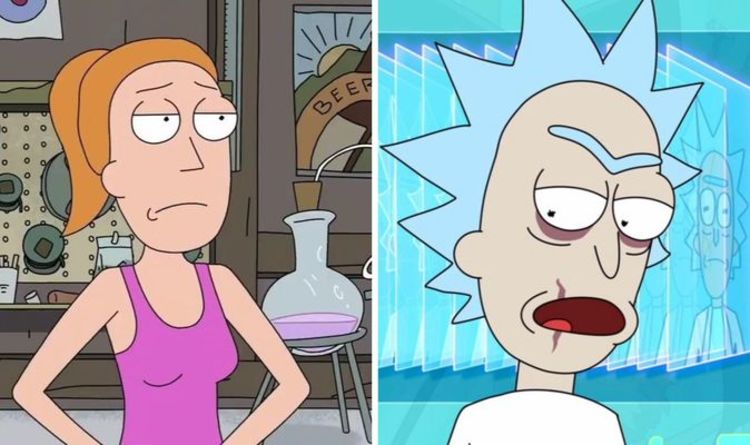 Rick and Morty (each performed by Justin Roiland) continuously hop via completely different dimensions all through the present, which means the idea of death isn’t handled very significantly.

However, a brand new concept has recommended audiences might ultimately see the return of Evil Rick and Evil Morty, resulting in the demise of Morty’s sister, Summer (Spencer Grammer).

One observant fan took to Reddit to suggest an upcoming storyline which sees the present Rick changing into extra and extra just like the Evil Rick launched in the season one finale, Close Rick-counters of the Rick Kind.

Redditor eden_naayima posted: “In the upcoming season I think we will see Rick descend more and more into loneliness until it eventually drives him evil.”