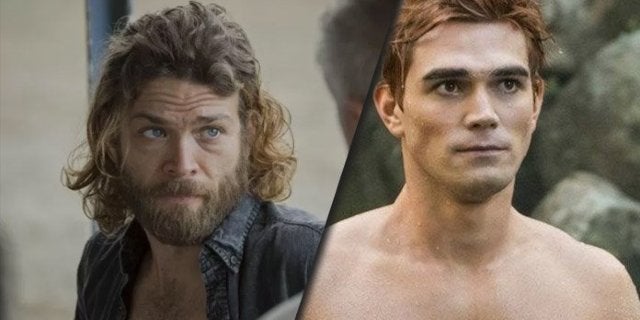 Archie Andrews (K.J. Apa) may have survived Hiram Lodge (Mark Consuelos), helped to defeat the Gargoyle King, and rekindled his relationship with Veronica Lodge (Camila Mendes) last season on Riverdale, but when the series returns for its fourth season this fall it looks like The CW series’ boy next door will have a brand new threat to take on. Canadian actor Juan Riedinger has joined the cast as Archie’s nemesis, Dodger, for Season 4.

According to Deadline, Riedinger is joining the series in a recurring role as Dodger but no additional details about the character were provided. Based on the limited information about Dodger, it is unclear if the character is a take on any of Archie’s classic comic nemesis figures or if it is a fully original introduction to the series.

Riedinger may be best known to audiences for his recent, season-long appearance as Joe Dupree on TNT’s Claws. The actor has also appeared as Teo on TNT’s Good Behavior and has also appeared in Netflix’s Narcos as well as films such as Black Christmas and Jennifer’s Body.

Today’s announcement is just the latest casting update for Riverdale. Last month, it was announced that Sam Witwer, who most recently appeared as Agent Liberty on Supergirl, will also be joining Riverdale in a recurring role for Season 4. Witwer will play Mr. Chipping, a prep school lecturer with his eye on Jughead Jones. The character will be part of a subplot involving a prestigious school not far from Riverdale High that Cole Sprouse referred to as “the bane of [Jughead’s] existence” during a conversation at San Diego Comic-Con in July.

“Jughead gets whisked away on a scholarship to a very sort of Gossip Girl Upper East Side preppy, pretentious, richy-rich silver spoon [school] and he’s going to be the new blood,” Sprouse said during the show’s panel. “But yeah, I think it’s fun. And the school also kind of serves — I assume, maybe I’m just speaking out of turn here — but it serves as the setting for the flash-forward.”

Beyond casting announcements, there’s not much known just yet about what to expect for Riverdale‘s fourth season. Based on comments that Riverdale executive producer Roberto Aguirre-Sacasa made at San Diego Comic-Con, fans can expect the story involving the organ-harvesting cult The Farm to wrap up ahead of episode four, an eagerly-anticipated Halloween episode, and a tribute to the late Luke Perry. Perry, who played Archie’s father Fred Andrews, died suddenly earlier this year and Riverdale will take the opportunity to address Fred’s status as well as pay tribute to Perry in the season premiere this fall, an episode that Apa described as tough, but beautiful.

“Everything in that first episode is so authentic and so real that it didn’t really feel like shooting an episode of our show… It was obviously really emotional.” Apa revealed in a recent interview with Extra. “It’s a beautiful episode; we still have a lot to shoot for it… I’m super excited for people to see it.”

“It’s a tough one, because you have to go back a bit and access that emotion — that is not something that everyone feels comfortable doing…” Apa continued. “The writers absolutely nailed it.”

Riverdale’s fourth season will begin Wednesday, October 9th, at 8/7c on The CW.