Series four of Riverdale had to finish filming earlier than expected, despite the remaining few episodes being left incomplete. But fear not, as the storylines from the latest season will be resolved at the beginning of series five, followed by a seven-year time jump, as confirmed by the show’s creators. This will see the Core Four as adults with new love interests in their lives.

In series four, Betty Cooper (played by Lili Reinhart) and Archie Andrews (KJ Apa) shared a passionate kiss after both arguing with their other halves.

After pretending to be an actual couple to fool people into thinking Betty’s boyfriend Jughead Jones (Cole Sprouse) was really dead earlier in the season, it’s no surprise that she grew closer to Archie.

However, neither Jughead nor Veronica Lodge (Camila Mendes) found out the truth before season four came to an untimely end.

But with the remaining Riverdale High School days to be shown at the start of series five, they are bound to discover what happened. 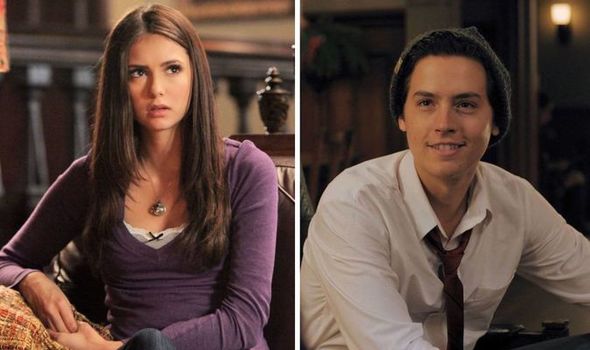 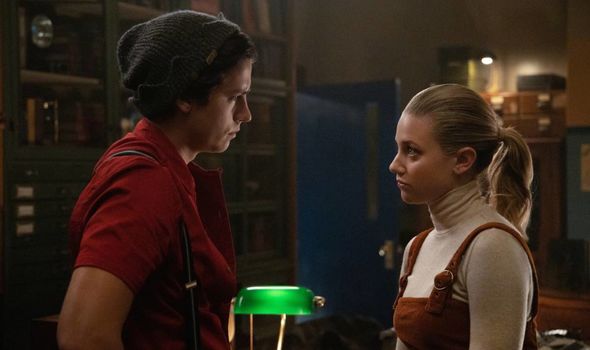 Riverdale: Jughead Jones and Betty Cooper are going to break up. (Image: The CW)

The fact the two teen couples will break up was then pretty much confirmed earlier this year when a call sheet for new cast members was released.

One of the new characters which will be introduced is Veronica’s husband Chad Gekko who is “controlling and neurotic” and works on Wall Street.

Elsewhere, Jughead will also find himself in a new relationship with Jessica, “a train-wreck-y hipster”.

There has been no news as to who will play these key characters but a clue has been released via social media. 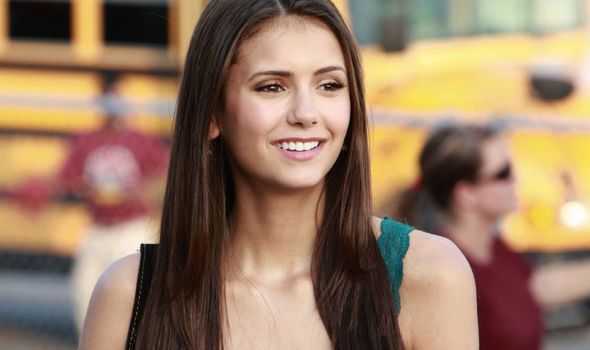 Actress Nina Dobrev was one of the breakout stars from the supernatural drama The Vampire Diaries which came out in 2009.

She starred in the show for six seasons as Elena Gilbert, caught up in a love triangle with vampire brothers Stefan (Paul Wesley) and Damon (Ian Somerhalder).

This was until Dobrev decided to leave The Vampire Diaries behind following series six.

Now, it looks like Dobrev will be returning to the small screen for Riverdale season five.

DON’T MISS…
Madelaine Petsch height: How tall is Riverdale star Madelaine Petsch? [HEIGHT]
Riverdale season 5: Will Jughead and Veronica get together? [SPOILER]
Riverdale: Will ex-Josie and the Pussycats star return in season 5? [RETURN]

Actress Dobrev took to Instagram to share a few pictures of herself with Riverdale stars Camila Mendes, Lili Reinhart and Madelaine Petsch who portrays Cheryl Blossom.

In the caption, Dobrev said: “All the worlds colliding”, geotagging the post with Vancouver, British Columbia where Riverdale is filmed.

She referred to the post as a throwback so it could be the scenes featuring Dobrev have already been shot.

But has she taken on the role of Jughead’s new girlfriend Jessica?

The creators of Riverdale were actively looking for someone to portray Jessica and as she is known for previously featuring in a famous love triangle, Dobrev could be perfect for the role.

If Dobrev is the star to play Jessica’s part, she may not be in the series for too long.

According to the character’s description: “Jessica makes no secret of the fact that she’s done with their relationship since she can see that she’s not as important to him as the book he’s not writing. RECURRING GUEST STAR.”

Since she’s already unhappy being with Jughead from the start of series five, it doesn’t sound like Jessica will be sticking around for the long haul.

Riverdale is available to watch on Netflix.