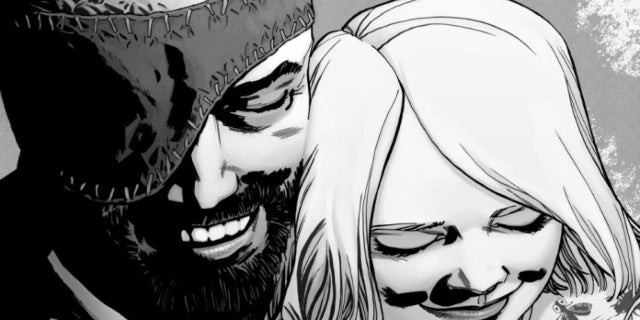 Fans of The Walking Dead comic series received quite the shock over the summer when issue #193 of the series delivered its sudden conclusion. There had been no warning of the ending of The Walking Dead, no hints that things were wrapping up anytime soon. Even comic book retailers thought that the series was continuing, based on a series of fake covers and solicits produced by Kirkman and his team.

The only person who wasn’t surprised by the ending of The Walking Dead was Robert Kirkman himself, and he previously teased fans that they had no idea what the finale would look like.

At the end of each issue of The Walking Dead, the creative team answered questions from fans in the form of a section called “Letter Hacks.” In issue #187, a reader from Missouri wrote in, “Also… I feel like I know the ending of the series. In fact I’m pretty sure I KNOW the ending. Therefore, I won’t write it so this letter has a chance of being published.”

Remember, this is just six issues ahead of the eventual finale, so Kirkman was already working on his planned ending. Knowing what was in store, he replied, “I promise you don’t know the ending.”

Of course, no one knew that the conclusion was right around the corner. In his final letter regarding the series, which was published at the end of #193, Kirkman said that the conclusion had to be a surprise in order to stay true to the rest of the story.

“It just felt wrong and against the very nature of this series not to make the actual end as surprising as all the big deaths… from Shane all the way to Rick,” Kirkman wrote. “I’m upset, too. I’m going to miss it as much as you will, if not more so. It breaks my heart that I had to end it, and we have to move on… but I just love this world too much to stretch things out until it doesn’t live up to what I want it to be.

“I got to tell my story exactly how I wanted to, for 193 issues, and end it on my terms, with no interference at all along the way… at any point. “That’s such a rare thing, and it doesn’t exist without the unyielding support this series got from readers like you.”

What did you think of The Walking Dead‘s ending? Let us know in the comments!