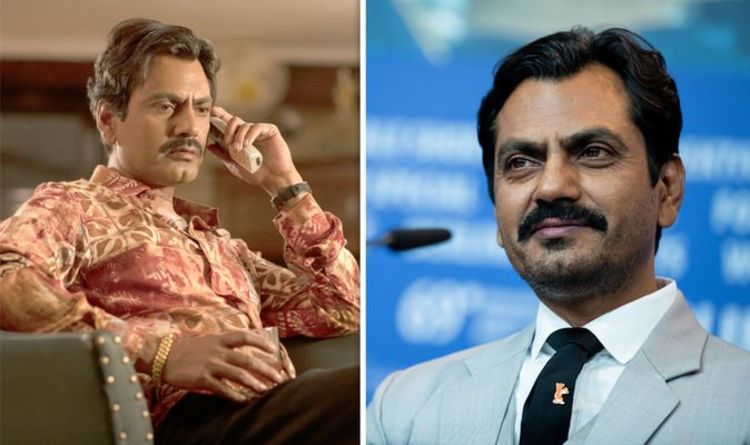 Season three of Sacred Games is up in the air at the moment after the second series completed the screen adaptation of Vikram Chandra’s 2006 novel of the same name. Netflix hasn’t made any announcements about the future of Sacred Games but that hasn’t stopped speculation about what could happen next. Sacred Games season two certainly left the story opened-ended for more scope to take things further.

The makers of Sacred Games have spoken about possible future seasons with showrunner Vikramaditya Motwane telling the Hindustan Times: “Should things go on we’ll make things up.”

The police detective entered several different combinations as he tried to deactivate the explosive which would plunge the thriving Indian city into a nuclear holocaust and poison generations to come.

READ MORE: Sacred Games season 3 Netflix release: Will there be another series?

While Sartaj attempted a number of possible codes, the words of his father rang in his head and told him he’d done his best and there was nothing left to do.

Sartaj also hallucinated dead crime lord Ganesh Gaitonde (Nawazuddin Siddiqui) who seemed to be speaking to him from beyond the grave and again saying that only the police officer could prevent this catastrophe.

If season three of Sacred Games does get the green light from Netflix, it would be odd for Gaitonde to sill be part of the story given his character is dead.

Seasons one and two covered most of his life as he narrated the key moments from killing his mother and her lover as a child to his time in prison and finally meeting Guru Ji (Pankaj Tripathi).

Although Gaitonde has been an incredible character, his story feels at an end and to try to shoehorn him into a forthcoming series would feel forced.

The only way to include him would be through more flashbacks or perhaps as a voice in Sartaj’s house, as he has been through much of Sacred Games.

Given he’s the narrator of Sacred Games, it would be strange not to feature him but at the same time it would need to make narrative sense.

Reflecting on finding fame on Sacred Games as Gaitonde, star Siddiqui told Firstpost: “Every actor likes it when they are appreciated but I don’t want to get affected by all these ‘Wah Wahs’ because one has to keep working and you can’t live in that moment of glory.

“You have to look ahead. I can’t be feeling happy just because people are calling out ‘Gaitonde Gaitonde’. You have to come back in the aukat (worth or repute) and start again from zero especially when one is playing other characters.

“So, you have to be level-headed and careful especially when too much of appreciation happens.”

Could Siddiqui be suggesting his character has completed his story arc and he’s moving on from Gaitonde?

Although Gaitonde may not return, Sartaj could very well make a comeback – that is if he managed to defuse the bomb.

The show could continue with Sartaj bringing to justice those responsible for the nuclear disaster from Guru Ji’s ashram including ringleader Batya Abelman (Kalki Koechlin).

Sartaj star Khan has also expressed a desire to return, telling the Press Trust of India: “This story ends at the end of this season.

“So I don’t know if they will extend it. [But] There is always scope for more.”

His words hint that Sartaj could be making a comeback should the story continue but Netflix is unlikely to announce any decision straight away.