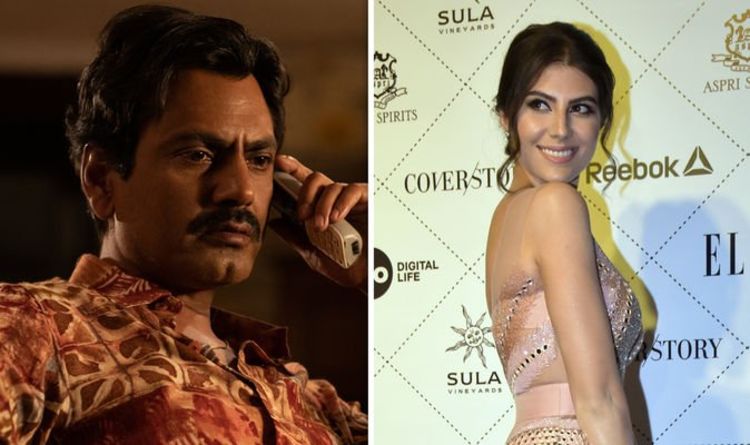 Sacred Games seasons one and two are available to stream and download on Netflix now. The series is based on the critically acclaimed novel of the same name by Vikram Chandra. The show is different to the book in many ways as it gives minor characters in the novel leading roles in the screen adaption. In the second season, viewers learn more about gangster Ganesh Gaitonde (played by Nawazuddin Siddiqui) and one of his love interests, Jamila/Zoya Mirza (Elnaaz Norouzi).

Who are Jamila and Zoya Mirza?

In season one, Jamila, an aspiring Bollywood actress was found to have links to gangster Ganesh Gaitonde.

Season two delves deep into Gaitonde’s past and it is revealed that Jamila was once the crime lord’s mistress.

Speaking to India Today, Elnaaz Norouzi who plays Jamila/Zoya spoke about her character’s relationship with Gaitonde.

She said: “Jamila is a fighter. She met Gaitonde when he was vulnerable when he needed someone.

“It’s been great how Jamila grows into Zoya. Both these characters are very different from each other. It was fun to play as them as an actor.

Zoya Mirza is an international superstar actress originally from Pakistan in Sacred Games the web series.

In the original novel, she is one of Gaitonde’s girlfriends but in the web series, she has a subplot.

Sacred Games fans will remember in season one of Sacred Games, Zoya is portrayed as a small-town girl who made a name for herself in Mumbai’s film industry.

In the past narrative with Gaitonde, a young Jamila/Zoya visited him to perform sexual favours.

She brought with her a box of sweets, which had a knife hidden in it, so he could protect himself from other prisoners.

Speaking to the New Indian Express, Norouzi explained: “In season two we get to know about Jamila’s past.

“Where she has come from, what her relationship with Gaitonde was and how close she was to him.

“We see how she impacted his life and decisions, and how she grew from Jamila into Zoya Mirza.”

Elnaaz Norouzi is an Iranian actress and model.

Her acting debut was in 2018 in the film Khido Khundi as Naaz Grewal.

She has also starred in the movie Maan Jao Naa as Raania.

Norouzi was born in Tehran, Iran and grew up in Hanover, Germany.

She began modelling at 14-years-old and moved to India at age 19.

Norouzi has worked with brands such as Lacoste and Dior and has walked in Berlin and London Fashion week.

She explained: “Through this show, I’ve learned that the conventional way of “getting launched” means nothing if you do great work and choose the right projects… people know me as Zoya Mirza now and I’m happy about that.”