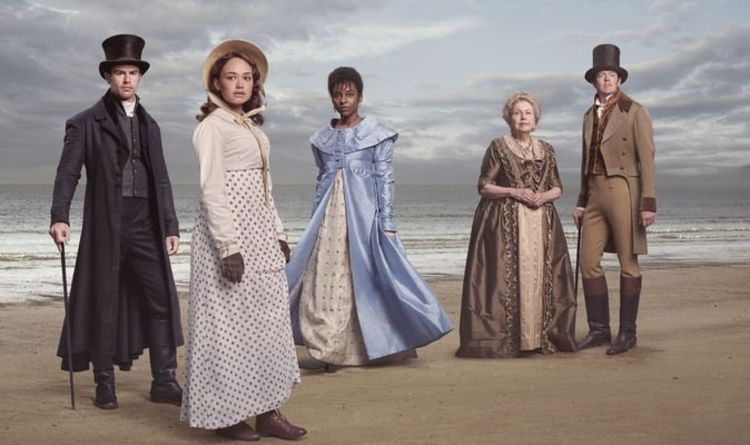 ITV has not yet aired the first episode of Sanditon, which starts at 9pm on Sunday (August 25). The Sanditon writer, however, has already spoken about a potential season two of the adaptation of the unfinished Jane Austen novel. Sanditon season two could air as early as this time next year if the show is a hit for ITV.

Has Sanditon series 2 already been confirmed for return?

Though Sanditon season two has not been confirmed, writer Andrew Davies has expressed in a number of interviews that he would love to do another series of the show.

He told Radio Times: “We haven’t had much chance to talk about it yet, but yeah, I do have a few ideas.

“And in fact the way we end series one, I hope we then get to a point where an audience says, ‘You can’t leave it at that!’

“Because we enjoy it, we have a great time on the writing team and we want to continue it.”

Whereas Davies’ other Austen adaptations like Pride and Prejudice, Sense and Sensibility and Northanger Abbey have been based on complete Austen novels, the author only wrote 11 chapters of Sanditon before her death.

According to Davies, this gave him the opportunity to take more liberties with his script.

For example, numerous reviewers have pointed out that Sanditon has a number of racy sex scenes which might surprise fans of Austen.

Speaking of these to the Sunday Time, Davies said: “We just sat around talking and thinking and saying, ‘Dare we do that? Yeah!’”

This freedom could also mean that he could write a season two based his own ideas of what would happen to the characters.

He hints: “What Austen did was set up a place and establish this wonderful group of characters very clearly.

“But she never really got the story going at all.”

The publication said of the first series of Sanditon: “Davies […] has taken Austen’s beginning and written his own outcome for her characters.

“Or, actually, given them a hinterland, a middle and an ending — and if the show gets recommissioned, as its makers hope, a possible future too.”

With Davies so keen to make Sanditon season two, ITV are likely to recommission if the show is a ratings hit for them.

However, the series has some stiff competition, with BBC airing its highly-anticipated fifth season of Peaky Blinders in the same time slot.

Express.co.uk will update this article if or when ITV renews Sanditon for season two.