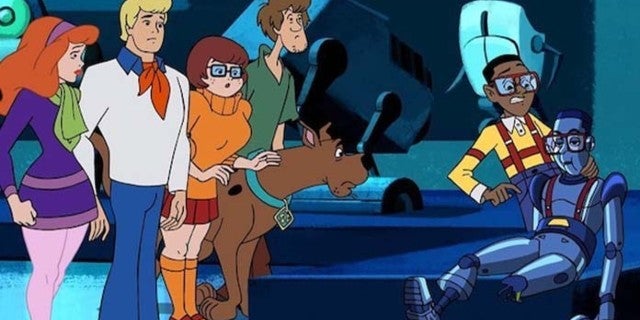 The Scooby Gang have teamed up with a lot of different people over the years, from Batman and Robin to the Winchester Brothers. So who’s next? It depends on who you ask (and whether or not WB Animation can get the rights), but Scooby-Doo and Guess Who? cast members Grey DeLisle and Kate Micucci have some ideas of their own. During an interview at Comic Con International in San Diego last month, the stars told ComicBook.com’s Matthew Aguilar who they would like to share the screen with in a perfect world, where rights and money weren’t an issue that prevents things.

The cartoon, which will feature Mystery Inc. meeting up with a rotating cast of guest stars like Jaleel White and Ricky Gervais, already has the pair thinking about fun ideas for team-ups, although DeLisle’s would have to be a reprise of a previous movie, since Warner Bros. Animation already did a direct-to-DVD film with her ideal team-up.

“The thing I probably nerd out most is Billy Joel,” Micucci said. “So maybe an episode where there’s a ghost haunting Madison Square Garden, and we go to a Billy Joel concert, we hear him sing, and then we solve the mystery.”

“When The Gourmet Ghost came out, I felt like that was my episode because I adore those cooking shows,” DeLisle said. “So I was like “Giada…” and I wanted so badly to spend the whole time with Bobby Flay. He was actually going to come at Comic Con last year…and then he cancelled at the last minute and it was like telling a kid there’s no Santa.”

Scooby-Doo and Guess Who? is will make its debut on the Boomerang streaming service this upcoming Thursday, June 27. The series will focus on the Mystery Inc. gang as they solve bigger mysteries, encountering numerous celebrities along the way. Guest stars that have already been announced for the series in addition to White include Chris Paul, Sia, Halsey, Ricky Gervais, Keenan Thompson, Wanda Sykes, Bill Nye, Neil deGrasse Tyson, and Mark Hamill. Famous fictional characters will also be featured, including Batman, Steve Urkel, Sherlock Holmes, the Flash, and Wonder Woman.