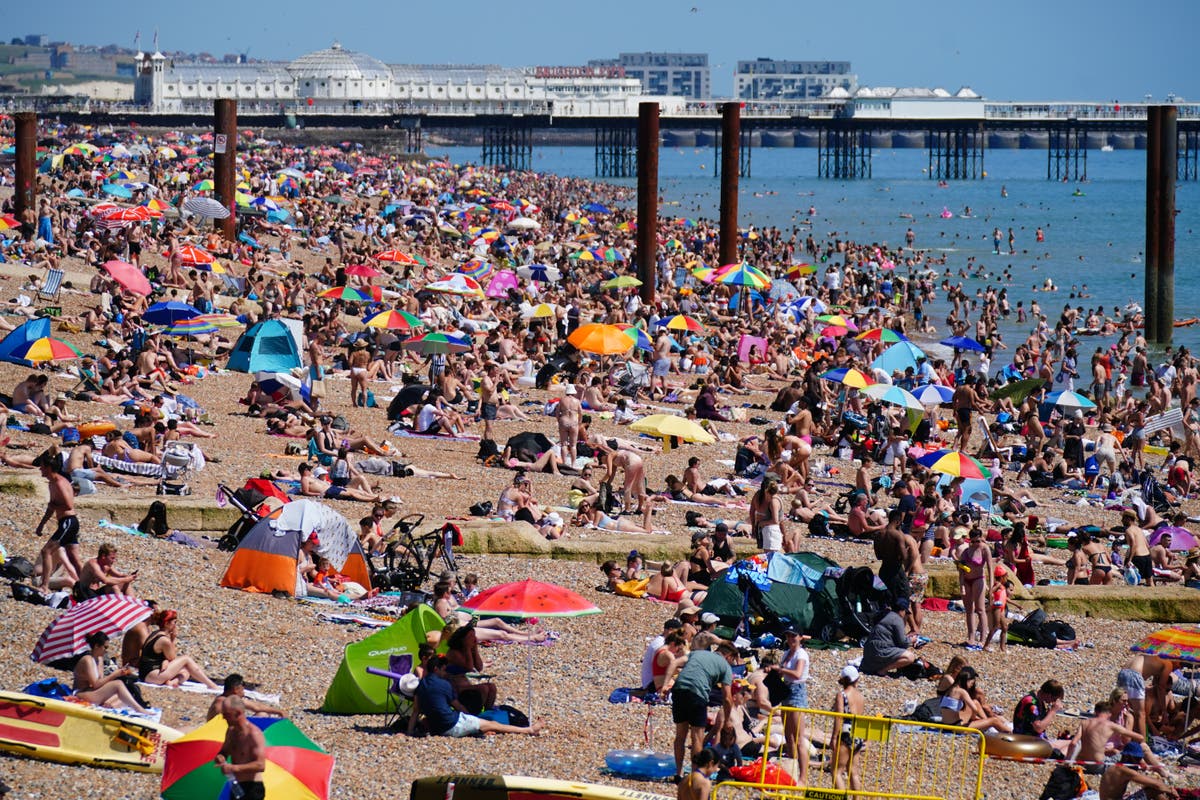 Parts of the country will be on-par with top European holiday destinations such as St Tropez Mykonos and Faro between Monday and Wednesday.

The South East will see the best of the weather with warm air being dragged in from the Mediterranean after a grey and cooler August.

Alex Burkill, a Met Office forecaster, told the PA news agency: “It does look like hot temperatures will start to arrive in the South East after a disappointing end to the summer.

“August had been particularly grey, dull with cooler temperatures, but it does look like there will be a little blast of summer weather.

“The week will start with temperatures reaching 27C (80.6F) on Monday, it’s likely to be dry and sunny for most but this will only be the beginning.

“Tuesday is likely to be the hottest day, with temperatures probably reaching highs of 28C (82.4F) or even higher before the temperature drops slightly again on Wednesday.

“I have to say there is some uncertainty about how hot it will be, and it won’t be the case for the whole country.”

It will come after parts of Northern Ireland and Scotland see cloudy and wet conditions over the weekend, Mr Burkill said.

Most of England and Wales will be warm and dry, with the mercury reaching 24C (75.2F) by Sunday.

He added: “Recently we’ve had an area of high pressure blocking above the UK – which has made the weather rather stagnant.

“This high pressure will start to drift south into Europe and influence our weather by changing the direction of the wind – before it was coming from the north-east, but from Monday it will start to come from the south of the continent.

“This is not an Indian Summer, that usually comes in towards the end of September, but I’d certainly agree that we haven’t seen the last of the hot and sunny weather for the moment.”