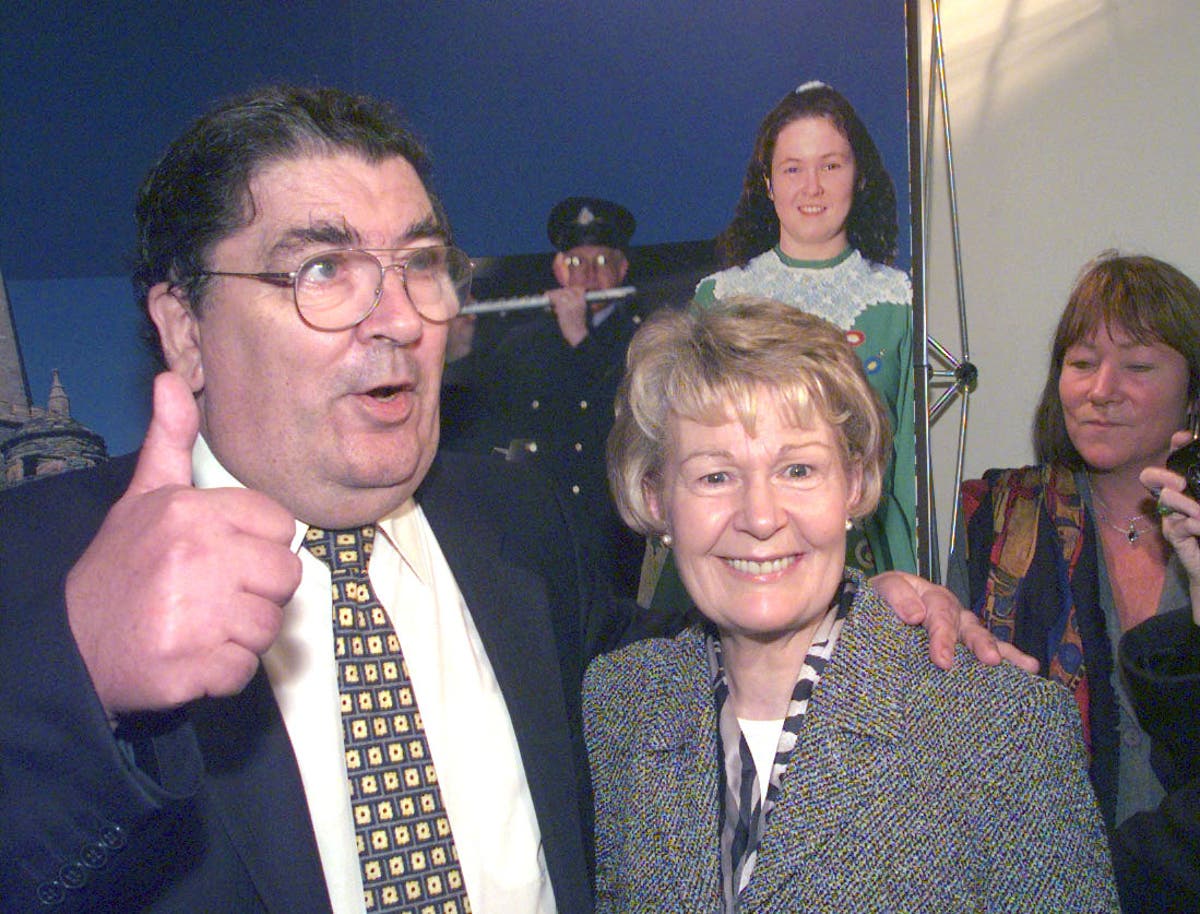 ributes have been paid following the death of Pat Hume, the widow of former SDLP leader John Hume

Mrs Hume passed away on Thursday.

Her death comes just over a year after that of her Nobel Peace Prize-winning husband John. His death led to a flood of tributes from around the world.

Current SDLP leader Colum Eastwood said that without Mrs Hume “there would have been no peace process in Ireland”.

Mr Eastwood added: “The compassion, integrity and immense fortitude that defined her incredible character breathed life into our peace over the course of a long campaign that, at times, must have looked like it would never bear fruit. Pat never gave up faith.

“Pat was, of course, John’s guiding light. She was his constant companion, sharing the road and easing the burden in the most difficult of times. When they came under public pressure and attacks on their home for doing what they knew was right, she remained his rock.

“The scale of his achievement was made possible by the depth of her love. But she was, in her own right, a fierce champion for peace and justice.

“Pat holds a special place in the hearts of the people of Derry. She would have done anything for them and, in return, they loved her. Our city is in mourning tonight for a woman who showed us unconditional compassion and support every day of her life.

“We all live in an Ireland that she nurtured, at peace with itself and free to set its own destiny. It is an incredible legacy that will never be forgotten.”

Mr Eastwood added: “My thoughts are with Pat’s children Aine, Therese, Aiden, John and Mo, her beloved grandchildren and their wide circle of friends at this incredible difficult time.”

Taoiseach Micheal Martin said: “I wish to extend my deepest condolences to the Hume family on the death of their beloved mother, Pat.

“A devoted wife of Nobel prize winner, the late John Hume, she was his partner in family life and in political life.

“Pat and John worked side by side for decades, she was his trusted adviser at key political moments and his anchor in their beloved Derry.

“I want to recognise the tremendous contribution Pat made in their life’s work for peace and stability on this island and her resilience and courage on the path to peaceful change.

“Her love and care for John and their family and her commitment to helping the community and people of Derry means she will be much missed. “