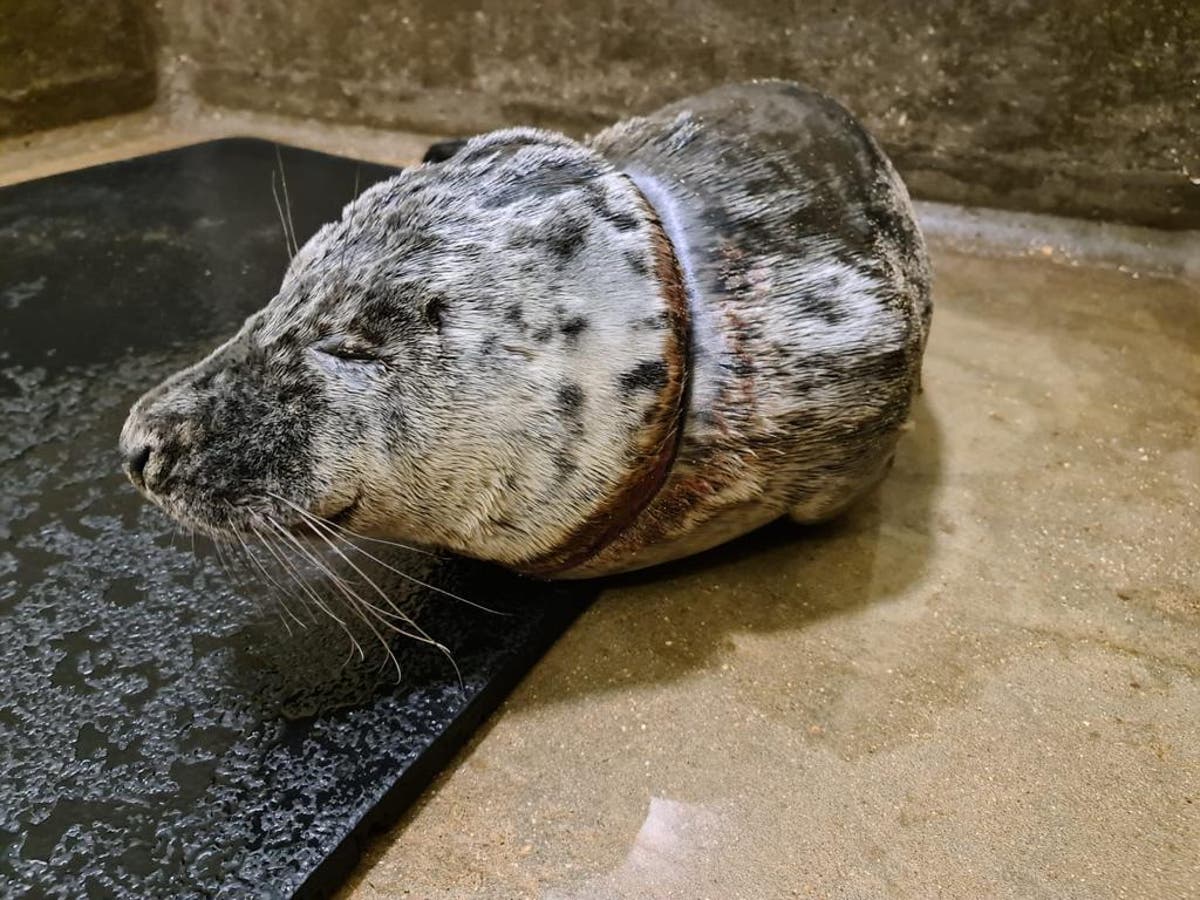 gray seal has been rescued and would require weeks of care after a discarded plastic bag obtained caught round his neck, inflicting him a serious injury as he grew greater and it lower into him.

He was taken to RSPCA East Winch Wildlife Centre close to King’s Lynn in Norfolk the place he was given ache reduction and antibiotics and the plastic was eliminated.

Staff stated it was a black plastic bag, much like these used as bin liners.

“You actually assume you’ve seen all of it after which alongside comes one thing new – which inflicts horrific accidents and causes a lot injury.

“It appears such an innocuous object – however this small plastic bag has induced untold ache and injury for poor Gnocchi and it makes me so cross as a result of it might have simply been prevented if individuals disposed of their litter correctly.

“We should do extra to cease garbage ending up in our waters and inflicting such injury to our valuable wildlife.

“Gnocchi goes to wish weeks if not months of care, his injury could be very deep and contaminated.

“We’ve eliminated all the bag from his neck and he’s at present being given ache reduction and antibiotics in addition to common salt baths.

“The hassle with most of these accidents is that the seals get one thing caught round their neck – however they will’t get them off by themselves and so turn into trapped in them.

“And as they develop greater, the article then cuts deeper and deeper into their neck – inflicting these horrendous ‘necklace’ accidents that are sadly changing into increasingly more widespread in seals.”

It comes after a seal with a white plastic disc, regarded as a part utilized in large-scale pipework, was rescued at Horsey Beach in Norfolk on Easter Sunday.

The grownup gray seal, nicknamed Mrs Vicar resulting from her white collar, can also be being handled at RSPCA East Winch Wildlife Centre.

The centre has launched a fundraising marketing campaign to assist pay for fish to feed the sick, orphaned and injured seals in its care.

The centre cares for greater than 150 seals every year and the price of mackerel to feed them is rising, costing the charity £3,999 for 3 pallets of mackerel.

To assist help the wildlife centre and supply fish and salt for seals in want, go to https://www.justgiving.com/crowdfunding/alison-charles?utm_term=eBKG6RaPE

In the final two years, the RSPCA has acquired 8,092 calls about animals injured or caught up in litter.