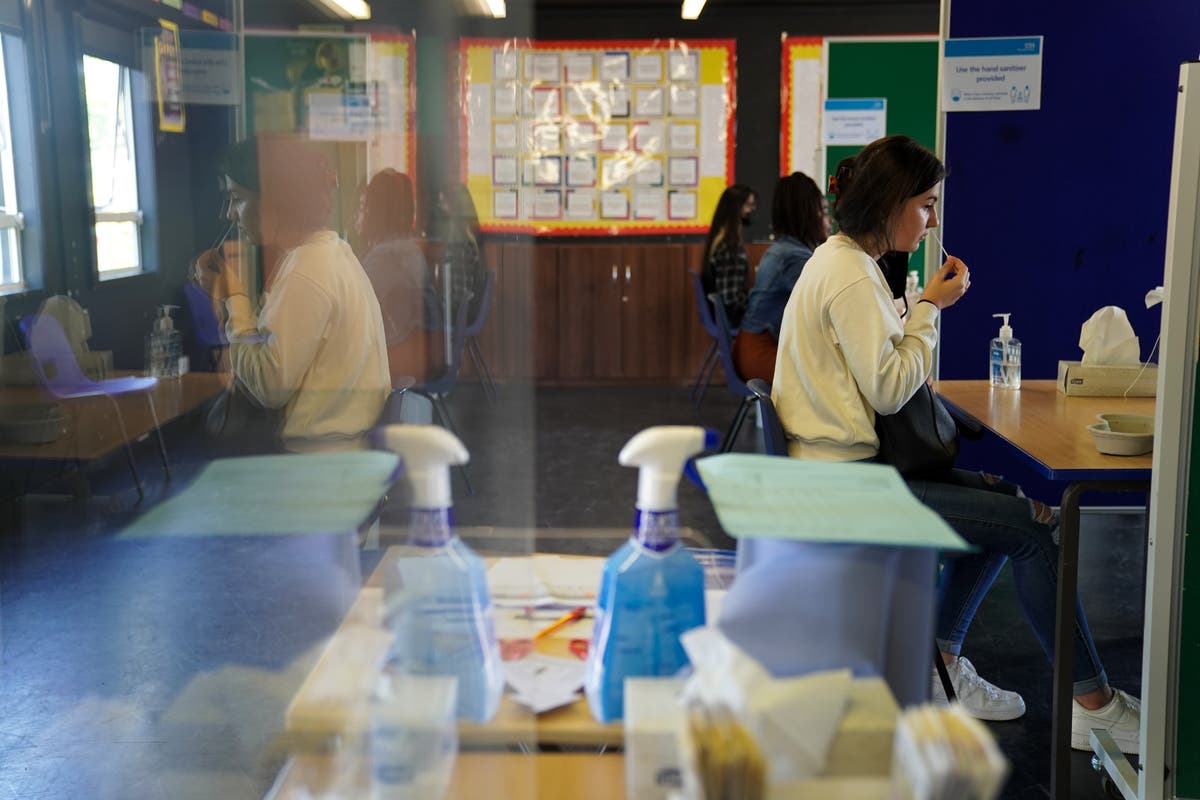 he third wave of coronavirus in the UK is now more than 100 days old.

How do the latest numbers for cases, hospital admissions and deaths compare with this point in the second wave?

Analysis by the PA news agency has found that while new cases of Covid-19 are above the level of this stage in wave two, patient numbers and deaths are much lower – though both have seen a small but steady increase in recent weeks.

Covid-19 vaccines have played a crucial role in limiting third-wave hospital admissions and deaths, and more than 100,000 deaths are estimated to have been directly averted since the rollout began.

But other factors have had an influence on the “shape” of both waves, such as the type of lockdown restrictions in place across the country, along with one-off events such as the Euro 2020 football tournament.

September 1 2020 is usually considered to be start of the second wave of coronavirus in the UK. For example, this date is used by the Office for National Statistics for comparing trends in coronavirus mortality rates.

There is no consensus yet over when the third wave began, but all the key statistics started to rise in the second half of May 2021, and as such this analysis uses May 17 as the start date.

The average number of daily recorded cases of Covid-19 in the UK stood at 33,574 on August 29 (data for more recent days is incomplete).

This number is higher than at the equivalent point during the second wave (day 105, or December 14), when the average stood at 23,583.

Third-wave cases have been running at a higher level for several weeks.

But the “shape” of the current wave so far has been very different from the second wave.

Cases during the second wave rose slowly during September and October, peaking at about 25,000 a day, before dipping in November as lockdown restrictions were tightened in various parts of the UK.

Cases then rose sharply in December, thanks to restrictions being eased in the weeks before Christmas, along with the spread of the Alpha variant of the virus.

The second wave peaked at an average of just over 61,000 cases on day 126 (January 4), then fell sharply as the UK went back into full lockdown.

By contrast, the third wave has taken place against the backdrop of an easing of almost all lockdown restrictions across the UK, combined with the spread of the more transmissible Delta variant.

This led to a sharp rise in new cases during late June and early July, peaking at an average of nearly 50,000 a day, coinciding with the Euro 2020 football tournament which saw large crowds of people mixing at stadiums, pubs and other venues.

Then came a drop, a levelling-off and another small rise – but the numbers have always been above the equivalent point in the second wave of the virus.

It was at about day 100 in the second wave that cases had just begun their Alpha-fuelled rise, however.

This means we should see third-wave cases drop below the second-wave level in the next couple of weeks.

There is still a chance that the third wave of cases could eventually peak higher than the Euro 2020 spike, or even pass the peak of the second wave.

The autumn could bring a surge in cases driven by a new variant, or by more mixing of people at school and at work, or by a drop in levels of immunity provided by vaccines.

But while the third wave has already seen cases reach levels higher than those in the early stage of the second wave, the same is not true for the volume of hospital patients or deaths.

The number of patients in hospital in the UK with Covid-19 stood at 7,596 on September 1 – the most recent date for which figures are available.

The rise was caused by the spread of the Alpha variant of coronavirus, combined with a relaxation in levels of restrictions across the UK (the second lockdown in England ended on December 2).

Vaccinations were also still at a very early stage, with the first doses being administered on December 8.

The situation today is very different. About 64% of the UK population is now fully vaccinated against Covid-19, with vaccines estimated to have averted at least 143,600 hospital admissions in England alone.

At the same time, little or no restrictions concerning socialising and hygiene are currently in place, events involving large crowds – such as music festivals and sporting fixtures – are happening for the first time since the pandemic began, and schools are returning for a new term.

There is certainly the potential for hospital numbers to carry on rising, but how far and how fast is unclear.

Patient numbers are already back to levels last seen in early spring.

The average number of deaths each day of people who have died within 28 days of testing positive for Covid-19 stood at 106 on August 26 (data for more recent days is incomplete).

At the equivalent point in wave two of the virus (day 102, or December 11), average daily deaths stood at 429, more than four times as high.

Deaths during the third wave so far have remained consistently well below those seen during the second wave.

This again reflects the success of the vaccination programme, with figures for England suggesting the vaccines have directly averted between 102,500 and 109,500 deaths.

There has been an increase in the average number of deaths since the third wave began.

As with hospital patients, there is the potential for these numbers to carry on rising and at a faster rate.

If a jump in the number of people with Covid-19 translates into a jump in those needing hospital care for the virus, past evidence suggests this will be followed by a jump in deaths.

And with more than a third of the population not fully vaccinated, plus about one in four young adults yet to receive a first dose, there are plenty of people who could still fall seriously ill from coronavirus.