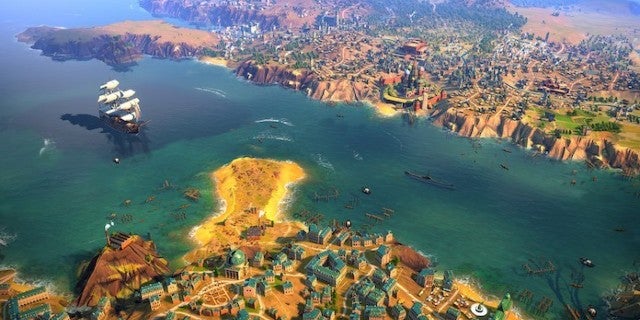 Publisher Sega and developer Amplitude Studios have announced a new AAA historical turn-based strategy game for PC dubbed Humankind. The game premiered during Gamescom 2019 Opening Night Live, and looks quite promising, if you like turn-based strategy games where you build your own civilization. Best yet, it’s set to release sometime next year. To accompany the news, the pair have revealed the game’s first ever trailer, which features a little bit of gameplay footage towards the end.

At the moment of publishing, there’s been no word of any additional ports, but you’d assume console ports are on the table, and will either be announced later or will happen after the initial PC launch. Yet again, given that this is an ambitious turn-based strategy game, maybe we won’t see it on consoles, which traditionally haven’t had many games of this mold.

According to Sega, Humankind is Amplitude Studios’ “magnum opus,” and a historical turn-based stratgey game where you will “re-write the entire narrative of humankind—a convergence of culture, history, and values that allows you to create a civilization that is as unique as you are.”

Humankind will be available for PC when it launches sometime next year. Below, you can read more about the title, courtesy of its official rundown of its key features: