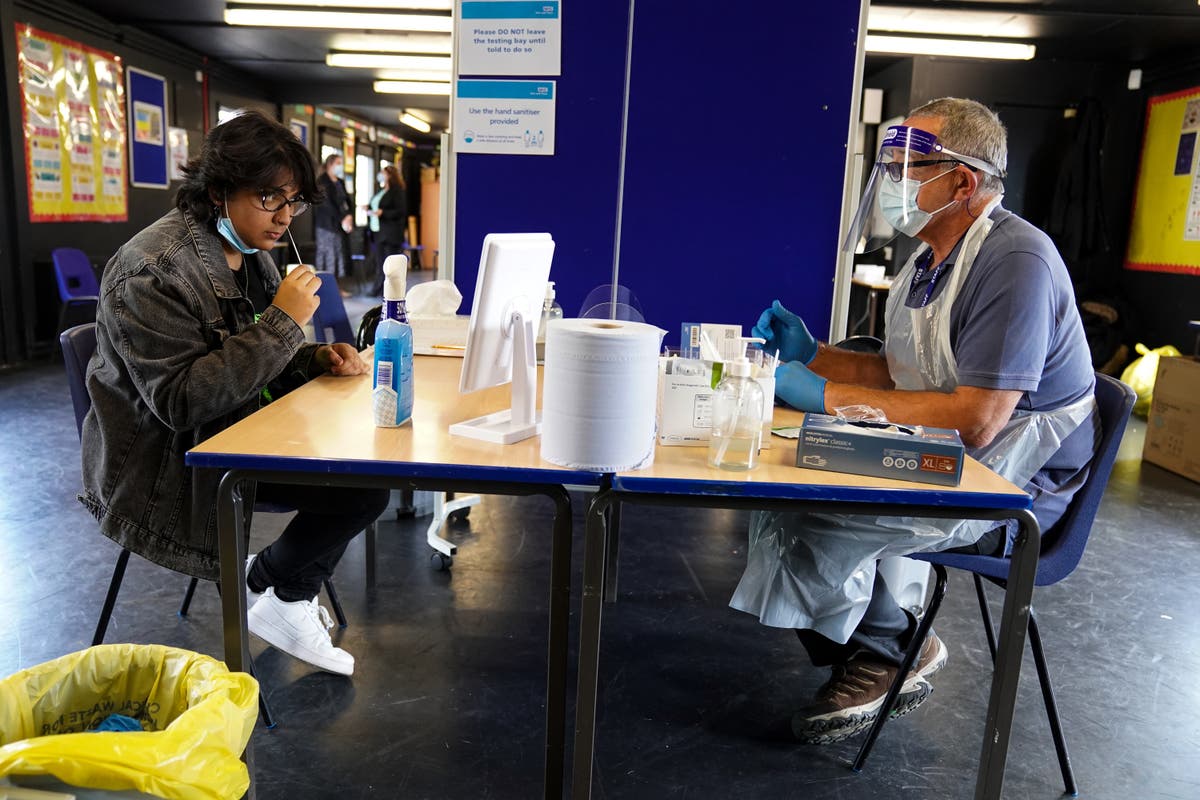 ules requiring pupils to self-isolate if they come into close contact with someone who has tested positive for Covid-19 may need to be reintroduced if cases start to rise, a teaching union has warned.

The NASUWT said ministers must not “cross their fingers and hope for the best” if numbers begin to increase following the start of the school year.

The warning comes as Education Secretary Gavin Williamson said he will “move heaven and earth” to avoid shutting schools again, but did not rule out a rise in Covid-19 infections being caused by children going back to class.

He also did not exclude classes and assemblies having to take place outside during this academic year amid coronavirus outbreaks in schools.

Pupils across England and Wales have begun to return to the classroom this week after the summer holidays, and schools in Northern Ireland have reopened.

Schools in Scotland returned a fortnight ago and the reopening is believed to have contributed to a rise in cases north of the border.

The NASUWT is calling for the Government to step up coronavirus control measures in schools.

Dr Patrick Roach, the union’s general secretary, said: “Ministers must not risk complacency or follow a strategy of crossing their fingers and hoping for the best if the number of Covid cases rises following school reopening.

“We only need to look across the border to Scotland to see that there has been a steep increase in Covid cases among school-age pupils within just a couple of weeks.

“In the event of rising case numbers, ministers will need to consider the reintroduction of the requirement for pupils to self-isolate when they have been in close contact with someone who has tested positive.”

He said this should be backed by an extended programme of onsite testing in schools and confirmation of the timetable for the rollout of Co2 monitors into schools to help with ventilation.

Asked on Thursday if he could rule out school closures again, Mr Williamson told LBC radio: “I will move heaven and earth to make sure that we aren’t in a position of having to close schools.”

The minister added he was “absolutely” confident pupils will get their GCSEs and A-levels at the end of this school year after exams were cancelled for two years in a row due to the Covid-19 pandemic.

He told LBC: “We’ve had two years where we’ve not been able to run a normal series of exams.

“I don’t think anyone wants to see a third year of that.

“We want to get back to normal, not just in terms of what the classroom experience is like but also the exam experience.”

But the Education Secretary did not rule out a rise in infections being caused by schools reopening.

After being asked repeatedly, Mr Williamson told Sky News: “This is why we’re doing the testing programme and we’re encouraging children to take part in it, parents, and of course teachers and support staff as well. This is a way of rooting out Covid-19.

“We’re trying to strike that constant, sensible balance of actually giving children as normal experience in the classroom as possible, but also recognising we’re still dealing with a global pandemic.”

All secondary school and college pupils are being invited to take two lateral flow tests at school, three to five days apart, in England on their return.

Schools and colleges are being encouraged to maintain increased hygiene and ventilation, and secondary school and college pupils in England have been asked to continue to test twice weekly at home.

We’ve had two years where we’ve not been able to run a normal series of exams. I don’t think anyone wants to see a third year of that

Schools in England no longer have to keep pupils in year group “bubbles” to reduce mixing and face coverings are no longer advised.

Children do not have to isolate if they come into contact with a positive case of Covid-19.

Instead, they will need to get a PCR test and isolate only if positive.

The NHS is preparing to ensure it is ready to potentially offer Covid-19 vaccines to all 12 to 15-year-olds in England from this month, although a decision has yet to be taken by the Joint Committee on Vaccination and Immunisation (JCVI) about this age group.

Mr Williamson told Sky News there is the capacity to both give Covid-19 vaccinations to 12 to 15-year-olds and deliver a booster programme.