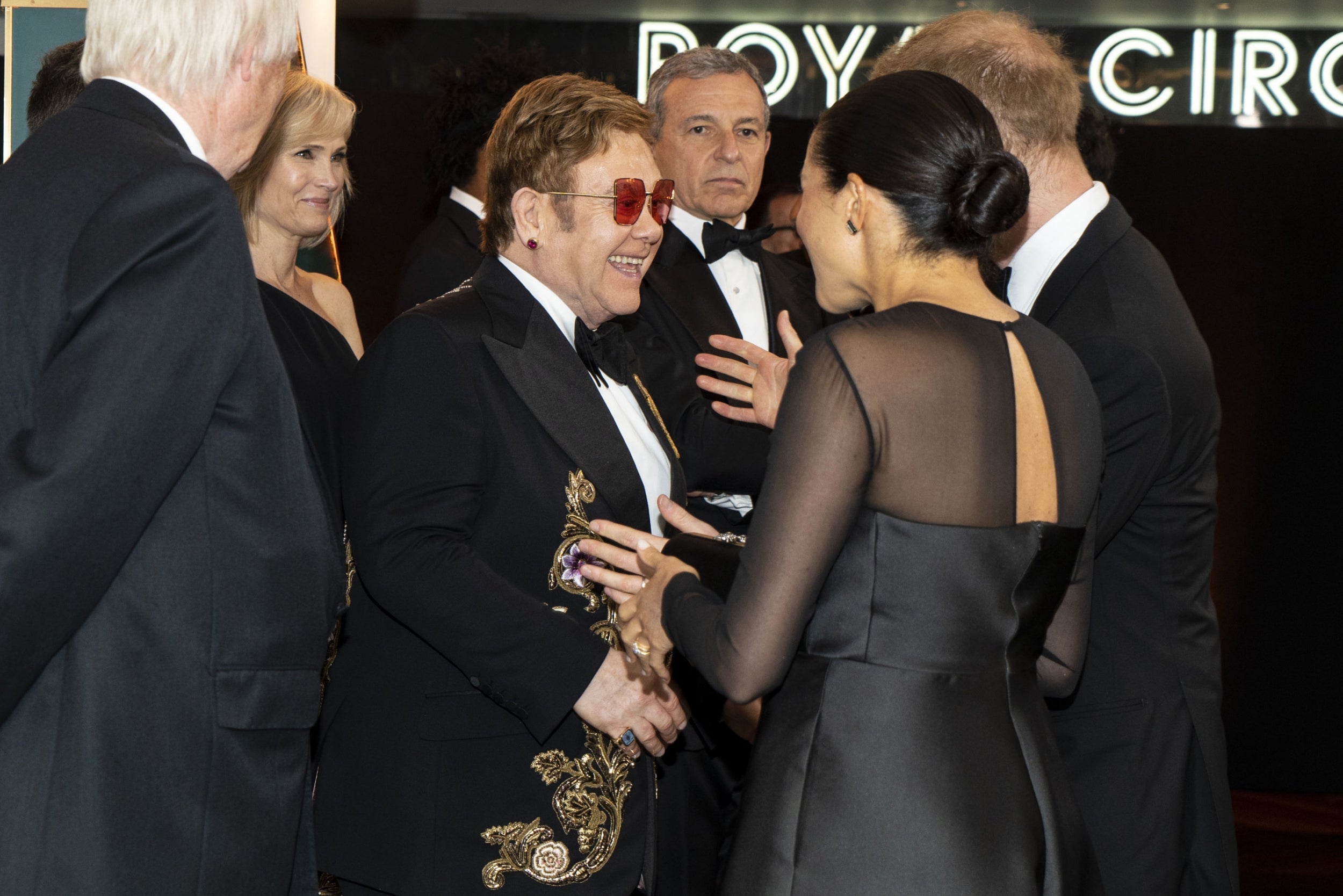 Sir Elton John has launched a passionate defence of the Duke and Duchess of Sussex over their use of private jets.

The singer today said he provided Harry, Meghan and their baby son Archie with a private flight to his home in France to “maintain a high level of much-needed protection”.

Hitting back at what he called “these relentless and untrue assassinations on their character,” Sir Elton blasted the press for its “unnecessary intrusion” into his friends’ lives.

Critics have labelled them hypocrites for opting for gas-guzzling private planes rather than commercial flights, despite speaking out on environmental issues.

In a series of tweets, he said on Monday: “I am deeply distressed by today’s distorted and malicious account in the press surrounding the Duke and Duchess of Sussex’s private stay at my home in Nice last week.

“Prince Harry’s mother, Diana Princess Of Wales was one of my dearest friends. I feel a profound sense of obligation to protect Harry and his family from the unnecessary press intrusion that contributed to Diana’s untimely death.

“After a hectic year continuing their hard work and dedication to charity, David and I wanted the young family to have a private holiday inside the safety and tranquility of our home.

“To maintain a high level of much-needed protection, we provided them with a private jet flight.

Meghan and Harry reportedly jetted to Ibiza for Duchess’ birthday


“To support Prince Harry’s commitment to the environment, we ensured their flight was carbon neutral, by making the appropriate contribution to Carbon Footprint.

“I highly respect and applaud both Harry and Meghan‘s commitment to charity and I’m calling on the press to cease these relentless and untrue assassinations on their character that are spuriously crafted on an almost daily basis. Elton.”

It comes after Harry told Vogue of his fears of the “terrifying” effects of climate change, saying he and Meghan plan to have a maximum of two children because of environmental concerns.

More about: | Elton John | Duke and Duchess of Sussex | Harry and Meghan