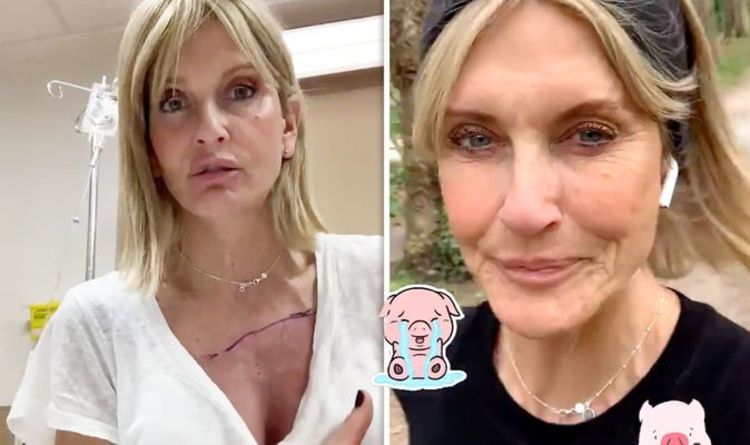 The host was seen hooked up to a drip just two days prior to her appearance on the news channel, saying she was “still red”.

She tweeted at the time: “Back in on a Friday @SkyNews for the first time in a while – sport in just a sec but I’ve got a question for you – tweet me.

Jacquie was diagnosed with breast cancer on Christmas Eve 2013 and later had a mastectomy, with the disease – stage 4 – returning in June last year.