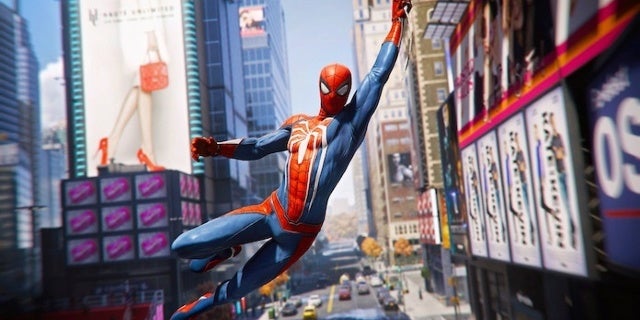 Sony Interactive Entertainment has officially revealed that it has acquired Insomniac Games, the developer behind the instant classic Marvel’s Spider-Man for PlayStation 4 in addition to titles like Rachet & Clank, Spyro the Dragon, and Resistance. The news of the acquisition was announced ahead of Gamescom 2019, the largest video gaming convention in Europe.

“Insomniac Games is one of the most highly-acclaimed development studios in the industry and their legacy of best-in class storytelling and gameplay is unparalleled,” Shawn Layden, chairman of Sony Interactive Entertainment Worldwide Studios (SIE WWS) said as part of the press release announcing the acquisition. “We have enjoyed a strong collaborative partnership with the studio for many years, and are thrilled to officially welcome them to the Worldwide Studios family. The addition of Insomniac Games to SIE WWS reiterates our commitment to developing world class gaming experiences that can only be found on the PlayStation platform.”

“Joining the WWS family gives Insomniac even greater opportunities to achieve our studio vision of making positive and lasting impressions on people’s lives,” Ted Price, Insomniac Games founder and CEO, added. “We’ve enjoyed a special relationship with PlayStation practically since our inception. Our partnership amplifies our potential, and Marvel’s Spider-Man was a testament to this. We’re excited to take the next step in our growth alongside our longtime WWS partners. Most of all, we look forward to delivering fresh, new experiences for our fans.”

Big news: @InsomniacGames is joining PlayStation’s Worldwide Studios! We are honored and thrilled to join forces with this legendary developer. Please join us in congratulating our friends and partners at Insomniac! pic.twitter.com/hhhqhxZE7k

“The decision to join forces with Sony extends far beyond familiarity,” Price said in an official statement posted on Insomniac Games’ website. “Our studio vision is to create experiences that have a positive and lasting impact on people’s lives. As we look ahead to our future, we know that joining the WWS family gives us the best opportunities to fully achieve that vision on a much larger scale. Further, we believe that Sony shares a similar vision to positively impact players’ lives, their employees’ lives and the games industry at large.”

What do you think of the acquisition news? Are you excited to see what Insomniac Games gets up to under the SIE WWS umbrella? Let us know in the comments, or hit me up directly on Twitter at @rollinbishop to talk all things gaming!

Marvel’s Spider-Man is available now for the PlayStation 4. You can check out all of our previous coverage of the title right here.