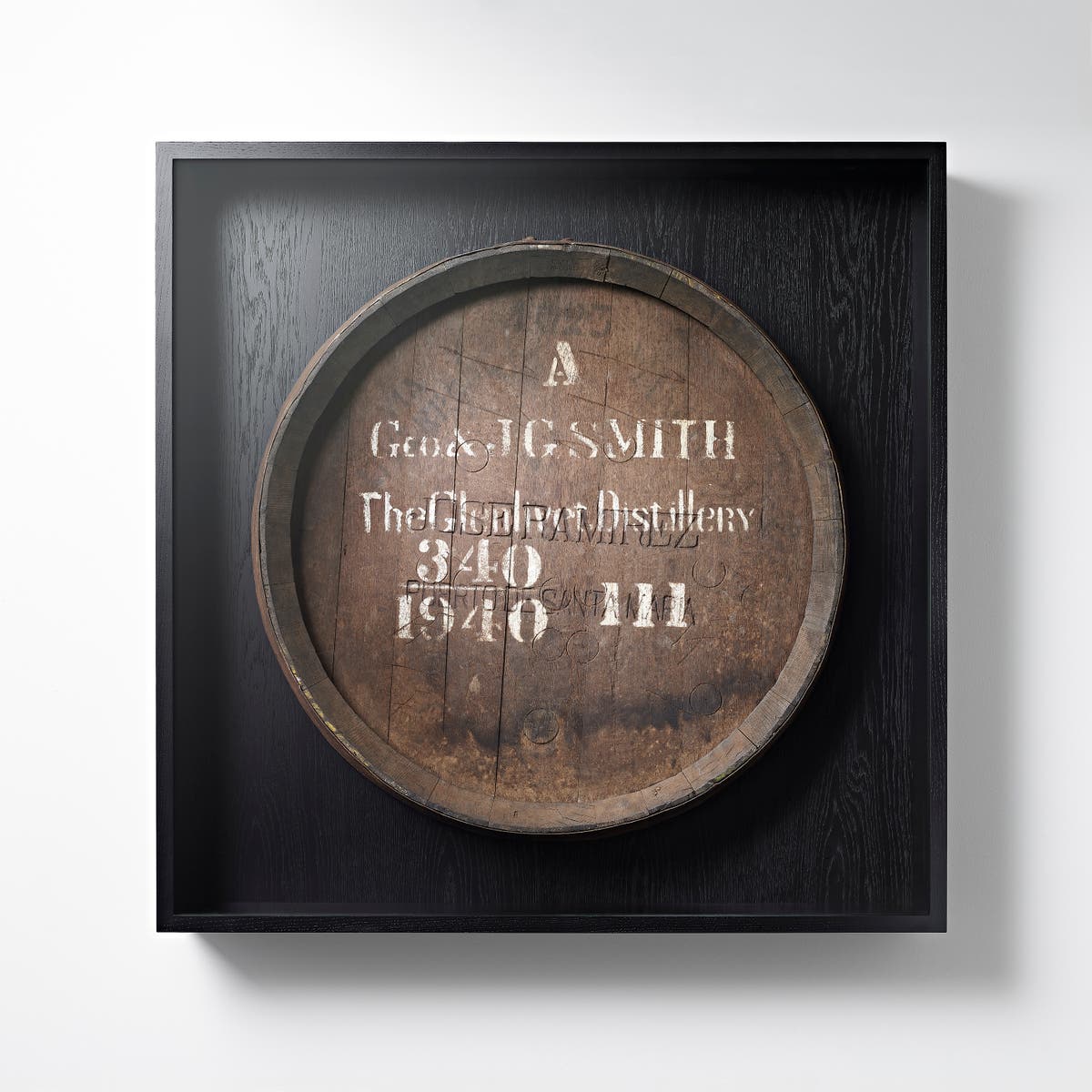 n auction house in London has unveiled what is says is the oldest, single malt, Scotch whisky ever to be bottled.

The 80-year-old Glenlivet Distillery whisky, which was matured in an oak cask, is being shown at Sotheby’s in London ahead of its sale in the company’s Hong Kong auction house next month.

Architect Sir David Adjaye has designed a decanter and case for the drink, which has been valued at between £80,000 and £140,000, on the theme of “artistry in oak”.

Sir David, who last year won the prestigious Royal Gold Medal architecture prize and has designed buildings including the Nobel Peace Centre in Oslo Norway, was commissioned to create the design by whisky company Gordon and MacPhail.

The whisky had previously sat in its original cask.

Sir David said: “When collaborating, I am looking for like-minded partners in terms of their craft, beliefs and traditions.

“I loved Gordon and MacPhail’s rigour and obsession with their products and their craft – a romantic commitment that enables one to do exceptional things.

“Our partnership felt so organic.”

Sotheby’s spirits specialist Jonny Fowle said: “It is an incredible feat to have matured a whisky in oak for 80 years and appropriate that it is a Glenlivet cask from Scotland’s first licensed distillery.

“As such, it feels only fitting that two companies with such long histories are collaborating to present the world’s oldest whisky.”

The bottle will be sold on October 7.