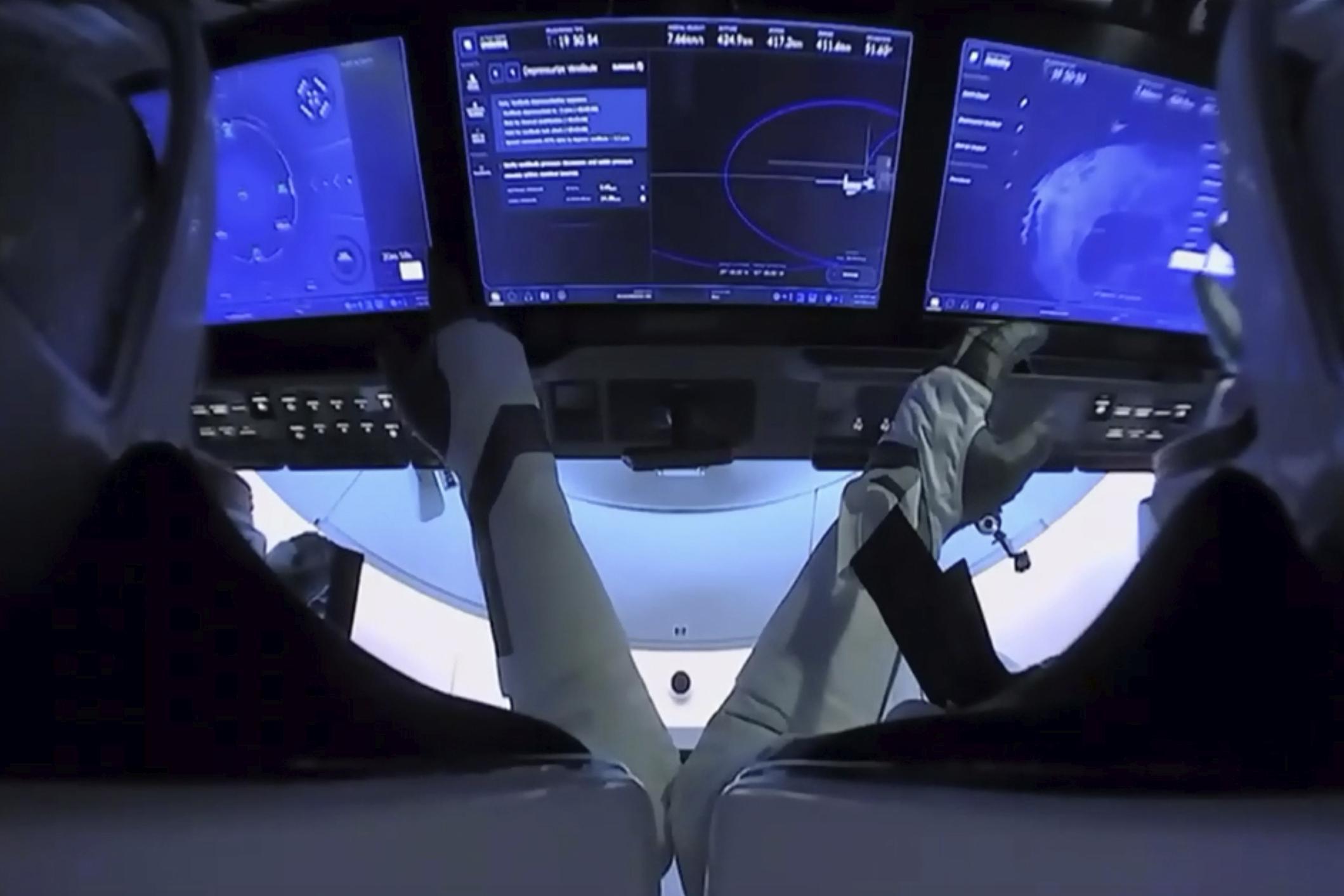 Nasa astronauts Bob Behnken and Doug Hurley are on their way back to Earth after the SpaceX’s astronaut carrier the Crew Dragon successfully undocked from the International Space Station.

The pair will be making the first splashdown return from space in 45 years on Sunday evening (UK time), although there is the potential threat of Hurricane Isaias, which is edging closer to their landing destination on the south Florida coast.

Their departure from the International Space Station was announced by SpaceX, which tweeted: “Separation confirmed. Dragon performing four departure burns to move away from the Space Station.

Nasa then advised the Crew Dragon was “on a safe trajectory” back to Earth.

The astronauts made history on May 30 when they became the first people to launch into low-Earth orbit on a commercial spacecraft that was built by SpaceX.

The last time astronauts made an ocean landing was on July 1975 during an Apollo mission.

Since then, spacemen have always landed on terra firma, using Nasa’s Space Shuttle or the Russian space agency’s Soyuz capsules.

If all goes to plan, the splashdown will usher in a new era for Nasa, which will have at least one commercial spacecraft ready to launch astronauts into space from US soil.

On entering the Earth’s atmosphere, the Crew Dragon will face scorching temperatures of around 1,900C as it deploys parachutes to slow its speed down to around 119 miles per hour, before landing on the ocean.

The splashdown is the final step in the mission designed to test SpaceX’s human spaceflight system – including launch, docking, splashdown, and recovery operations.

AP contributed to this article